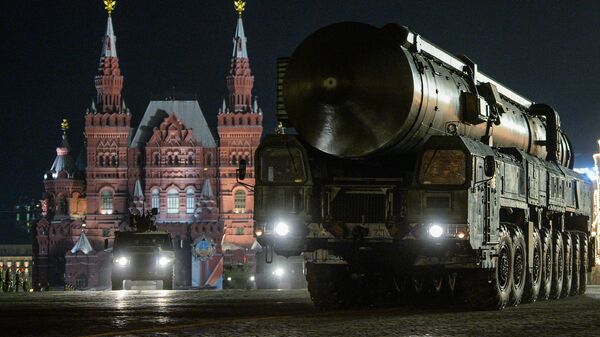 Ilya Tsukanov
All materialsWrite to the author
Marking the 25th anniversary of the creation of the Russian Armed Forces, military observer and RIA Novosti contributor Alexander Khrolenko looks back on the tumultuous history of contemporary Russia's military, and how its transformation in recent years has helped to shift the global balance of power.

On May 7, 1992, President Boris Yeltsin signed a decree 'On the Creation of the Armed Forces of the Russian Federation', formalizing the liquidation of the Soviet military.

Recalling the decree in an analysis piece for RIA Novosti, Khrolenko noted that it was signed a time of tremendous political, social and economic chaos, and of the fundamental transformation of the state. The fight for the future of the armed forces resembled a battle, Khrolenko wrote, where victory or defeat would affect not only the military's survival, but the survival of Russia itself.

Mind Your Own Business, Stay Away From Russian Ports - Moscow on US Bill
In the mid-1980s, amid efforts to reduce tensions with the West, Soviet leader Mikhail Gorbachev began a series of reforms to reduce the strength of the Soviet Armed Forces.

These efforts aside, Khrolenko recalled that by "1990, the Army and the Navy still numbered 3.5 million troops. When the Socialist Camp in Eastern Europe collapsed between 1989 and 1990, Soviet forces abroad began to return home. 500,000 troops left without shelter, and 12,000 tanks returned to Russia just from Germany. The troops and military equipment were simply left in open fields outside Rostov-on-Don, Voronezh and Smolensk. Construction of housing for the troops lagged behind. And it was in this atmosphere that the immense problems facing the army and the country began." 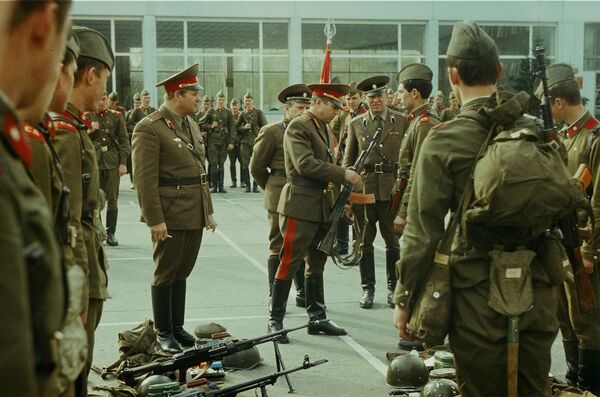 Officer inspecting a unit of the Group of Soviet Forces in Germany at a base outside Berlin, 1981.
© Photo : ALDOR46

Pentagon’s Obsession With Cold War Blinds US to Real Threats - Russian MoD
The Commonwealth of Independent States, formed on the ruins of the Soviet Union, was initially meant to have unified armed forces. In the end, the politicians couldn't come to an agreement. Russia inherited over 2.8 million of the former Soviet military's troops, with Ukraine and Belarus dividing up most of the remainder between them (380,000 and 230,000 troops, respectively).

"Russia's economy and financial system were thrown into disorder," Khrolenko noted. "In the mid-1990s, the salary of a senior officer was the equivalent of $5 US, and even this meager sum was often withheld for six to eight months at a time. The military lacked fuel and other resources for training…" Thousands of modern tanks were sold off for a pittance; the Minsk and Novorossiysk aircraft carriers were sold abroad for the price of scrap metal. Military garrisons in Siberia and the Far East were left deserted.

"At the time, at the state level, no one seemed to have any idea of the kind of army Russia needed, either qualitatively and quantitatively, and whether it needed one at all. For many years, the armed forces were bled out to save money. Training grounds were overgrown with weeds, while military airfields were turned into dacha communities." 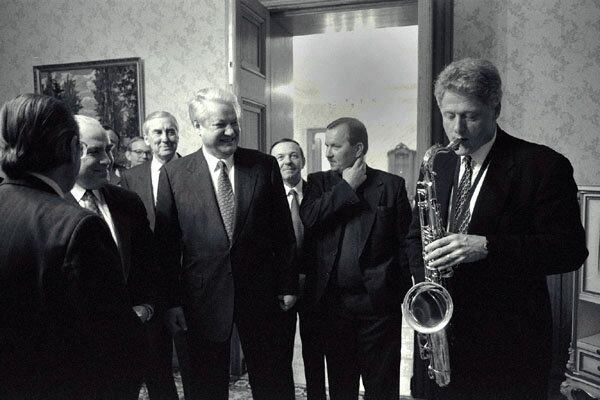 At the dawn of the 21st century, Khrolenko recalled that "western Russia and Moscow were defended by a single formation – the 20th Guards Combined Arms Army (the same one that was withdrawn from Germany), which with reduced staff was stationed across twelve regions of Russia's Central Federal District."

"In a situation of long-term uncertainty (if not outright despair), thousands of officers left the military in search of a better life. Meanwhile, fighting flared up in the Caucasus, NATO began its eastward expansion, and at home the country was subjected to 'wild west capitalism'." 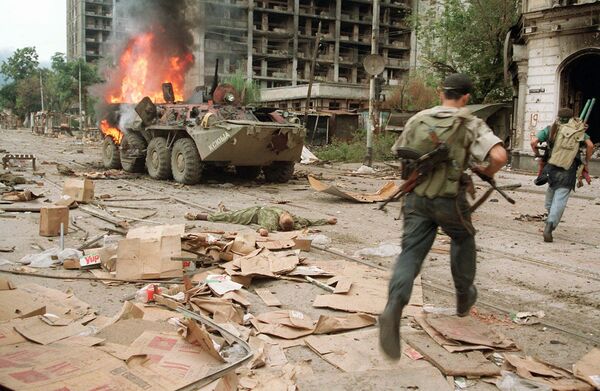 In this difficult if not impossible situation, the observer stressed that only the most dedicated soldiers, "those who could not imagine themselves outside the armed forces," remained in the military. The Strategic Missile Troops continued to monitor the skies, nuclear submarines continued to patrol; fighter pilots took to the skies, and sailors kept prepared their ships for long-distance jaunts. In the North Caucasus, army commandos cleared valleys and canyons from jihadists.

"These people proved to be the main indestructible force defending the country. And when the state began to regain its strength, the systematic restoration of the Armed Forces' combat readiness began," Khrolenko wrote.

US Top Brass in Europe Demands More Troops to Counter Moscow ‘Threat’
In 2000, under newly-elected President Vladimir Putin, a legal foundation for the Russian Armed Forces was finally established; the government approved a National Security Concept, along with the Military Doctrine of the Russian Federation.

In 2012, before the Ukraine crisis and before Russia began its counterterrorism mission in Syria, French language news website AgoraVox lamented that "after the collapse of the Soviet Union, the world could have entered into an era of peace and cooperation. But one country felt that victory belongs only to it, and that it was not necessary to listen to the others."

"This," Khrolenko suggested, was a "very accurate diagnosis." The US's "endless operations in the Middle East, the cowboy dismantlement of Yugoslavia, the expansion of NATO, the global offensive by international terrorism, all this dispelled any illusions about a coming 'world without wars'."

And so, "under pressure from abroad, Russia was forced to gradually begin restoring its defense capabilities. It began with a few rearmament programs, but notable progress was made only after the operation to force Georgia to make peace [with South Ossetia and Abkhazia] in 2008. In South Ossetia, Russian troops first encountered NATO weapons, equipment and communications equipment in battle. Our technological weakness became apparent. Procrastination was leading to gradual loss of state sovereignty." 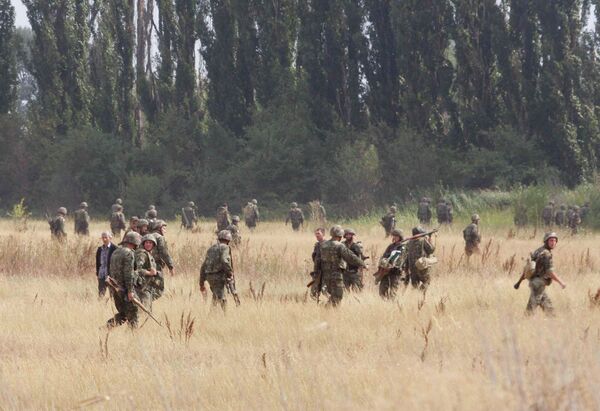 Georgian soldiers walk in the outskirts of the northern Georgian town of Gori, on Saturday, Aug. 9, 2008
© AP Photo / George Abdaladze

In 2010, the government committed to a 20 trillion ruble rearmament program envisioning a comprehensive modernization program which would update 70% of Russia's total military assets by 2020. This program is being successfully carried out.

Russia's New 5th Generation Fighter Jet Just Turned Into a Deadly 'Ship Slayer'
Earlier this year, in a very detailed 'primer' on Russian military power for the new Trump administration, National Interest contributor Michael Kofman wrote that "following reforms launched in October 2008, and a modernization program in 2011 valued at $670 billion, the armed forces have become one of Russia's most reliable instruments of national power."

And indeed, the figures speak for themselves, Khrolenko wrote. In 2016 for example, the army received over 5,500 pieces of military equipment and weapons systems, including scores of aircraft (such as Su-35 4++ generation fighters, Tu-160 and Tu-95 bombers, Mi-28 and Ka-52, Mi-35 and Mi-26 helicopters), hundreds of new and modernized tanks, new anti-aircraft missile systems, and nearly two dozen RS-24 Yars ICBM complexes. The latter's missiles are judged capable of penetrating any existing or future enemy missile defenses. So far in 2017, the Aerospace Defense Forces have been augmented with over a dozen Su-34 fighter-bombers, and are set to receive over two dozen more Su-30 multirole fighters. 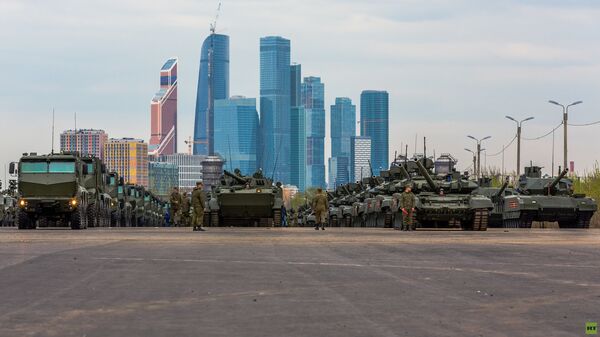 Russian military hardware ahead of the rehearsal of the May 9, 2016 Victory Day Parade
© RT

In 2016, for the first time in nearly a quarter-century, Russia created a new tank army, and today the country's western flank is defended by two fully-equipped combined arms armies.

Russian Warships' Jaunt Through English Channel Sends UK Tabloids Into a Frenzy
Furthermore, Russia's Navy has returned to the world's oceans, with its mere passage through international waters near the US or European coasts causing hysteria among Western officials and media. Russian strategic aviation's return to the skies is causing a similar stir. 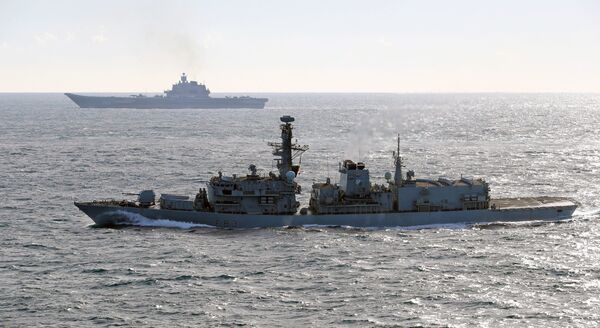 Russia is developing its army and naval infrastructure in the Arctic and the Far East too, the expert stressed, with the military recently deploying S-400s, and Bal and Bastion coastal defense systems in Kamchatka and the Kuril Islands, while the Navy builds up its fleet of icebreakers.

Russia's RS-28 Sarmat ICBM: Hypersonic Disaster for US Missile Defense Shield
Working to modernize its nuclear forces, Russia is continuing development of its RS-28 Sarmat super-heavy thermonuclear-armed ICBM – expected to come online as soon as next year, along with the 3M22 Zircon hypersonic missile (mass production of which is expected to start later this year).

Since 2015, the armed forces have been demonstrating the effectiveness of modernization efforts in combat, with the Russian operation in Syria striking a blow to global terrorism and helping to defend the country's sovereignty against a number of very powerful regional and global actors who sought to dismantle the country. Meanwhile, the combat experience Russian forces receive is allowing the military to improve its force structure, weapons, and the tactics of their use. 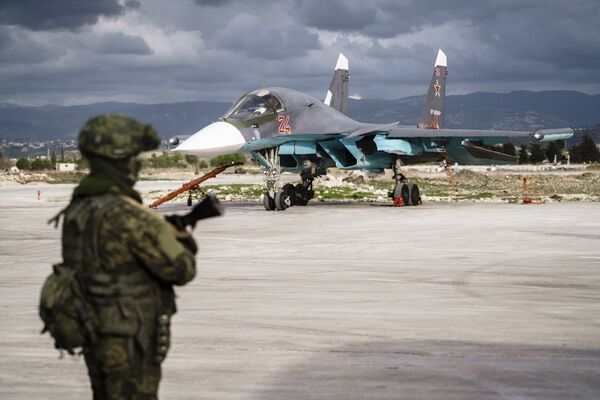 "The US is indignant," Khrolenko noted, pointing to a recent article in the Russian-language service of Voice of America with the headline "Why Does Russia Need a Million-Strong Army?" Pointing to what it calls a growing 'Russian threat', the Pentagon has taken to rewriting its own strategies.

Depressed by Russian Military Strength, Pentagon Rushes to Rewrite War Doctrine
Last month, commenting on the images of US cruise missiles being launched by US ships in the Mediterranean to strike an airbase in Syria, MSNBC anchor Brian Williams excitedly recalled the words of singer Leonard Cohen and his line "I'm guided by the beauty of our weapons."

Russia too has the right to see their weapons as "beautiful," Khrolenko suggested, not due to their sleekness or destructive power, but because at the moment, they are the main force in the world helping to stop the imposition of a unipolar world order based on financial manipulations and the threat of US carrier strike groups and Tomahawk cruise missiles.

"Twenty-five years after the collapse of the Soviet Union, our country is stronger than any potential aggressor. The 'iron stream' of Russian weapons has served to strengthen peace in the world," the analyst concluded.