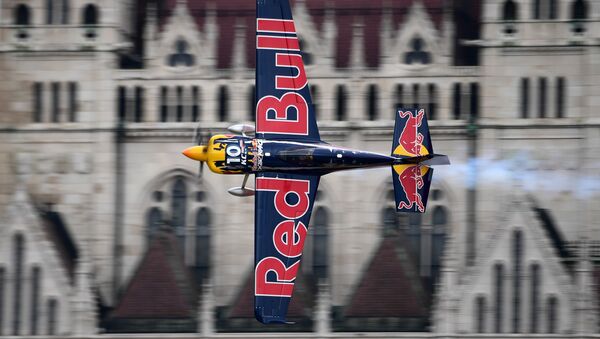 © AFP 2021 / ATTILA KISBENEDEK
Subscribe
Thailand's government has canceled the passport of the heir to the Red Bull energy drink fortune, who is on the run after killing a police officer in a hit-and-run incident.

Bangkok, Beijing Sign Contract on Delivery of First Submarine to Thailand
In 2012, then 27-year-old Vorayuth "Boss" Yoovidhya's reckless driving resulted in a tragedy. The Red Bull heir allegedly crashed his Ferrari into a motorcycle policeman in Bangkok, dragging the rider to his death over more than 200 meters.

For the Thai public, the case has become a symbol of the impunity of the ultra-rich and connected, as in the five years following the crash, the heir managed to avoid police summons, with his attorneys claiming their client had business obligations abroad or was ill.

Meanwhile, evidence that the bad-boy her and his family still enjoyed a luxurious lifestyle circulated on social media, including a $1,000 a night vacation in Laos, snowboarding in Japan, and, in a choice many found especially cynical, attending Grand Prix races with the Red Bull team.

Five years after the alleged crime, a Thai court finally approved an arrest warrant for the heir, but Yoovidhya fled Thailand on a private jet just days before it was to be issued. His whereabouts are currently unknown.

Travel document is cancelled for Vorayuth Yoovidhya, who fled before arrest warrant was is @AJEnglish https://t.co/dmnMmsSn9F
Wtf? pic.twitter.com/PReJpyLeDn

The Attorney General's Office said that if the suspect was not arrested in Thailand, they would seek his extradition. Now, the government has canceled Yoovidhya's passport so he cannot enter other countries with it, nor is his immigration status valid in whatever country he is currently visiting, according to a Thai Foreign Ministry spokeswoman.

After Facebook Livestream Murder, Thai Police Review Ways to Remove Content
However, revoking his passport may not trap Yoovidhya. Some countries will issue a passport to people who make an investment of a certain level. In others, passports can be obtained with what amounts to almost a cash payment.

Police Major General Apichart Suribunya said earlier this week that Thailand on Friday would begin the process of having Interpol issue a so-called Blue Notice, which advises officials in 190 countries that Yoovidhya is wanted.

The heir's grandfather, Chaleo Yoovidhya, co-founded Red Bull with Dietrich Mateschitz of Austria in the 1980s. The Yoovidhya family has reportedly amassed a $20 billion fortune.