US Senator May Have Been Target of US Intelligence Community Espionage 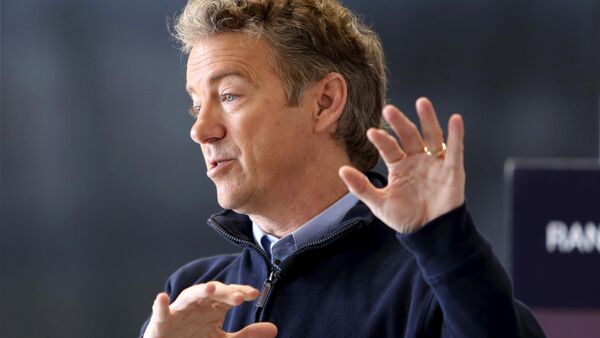 © REUTERS / Scott Morgan/Files
Subscribe
International
India
Africa
A conservative senator from the bluegrass state thinks the Obama administration may have been spying on him during the most recent round of presidential politics, and his name is not Mitch McConnell.

​Senator Rand Paul appears to have joined US President Donald Trump in wondering whether the NSA and other US intelligence agencies conducted surveillance operations against him during his short bid to win the Republican nomination for president.

“Several sources,” have informed the senator’s office “that members of the Obama administration were looking at politicians, particularly people who were running for office,” according to a letter Paul penned to the White House dated April 10.

On Friday, Paul said “an anonymous source recently alleged to me that my name, as well as the names of other members of Congress, were unmasked, queried, or both, in intelligence reports or intercepts during the previous administration.”

The concerns will likely be heard by receptive ears within this White House. On May 1, Trump asserted that because of how he was treated by former President Barack Obama, he has “no relationship” with the 44th president. “You saw what happened with surveillance,” Trump said, referencing his previous quasi-conspiratorial accusation: “How low has President Obama gone to tapp [sic.] my phones during the very sacred election process…Bad (or sick) guy!”

“I think that was inappropriate,” Trump said of the alleged surveillance, speaking from the Oval Office. When asked to follow up on what he meant by his claims, Trump calmly declined: “You can figure that out yourself.”

He was then asked if he stood by his claim that President Obama is a bad (or sick) guy. “I don’t stand by anything,” Trump declared matter-of-factly.

Trump said the topic of surveillance “should be number one.” Though he is in fact commander-in-chief, and all 17 intelligence agencies ultimately report to the Oval Office, Trump insisted “we should find out what the hell is going on” with regard to the collection of information on and belonging to American citizens.

In comments at the Cato Institute Friday, Paul stated clearly, “we haven’t seen the evidence,” but said multiple individuals or entities have confided to him that “members of the Obama administration” were “looking at politicians, particularly people who were running for office.”

Paul called on the White House to launch an investigation into the possibility that he has been spied on.