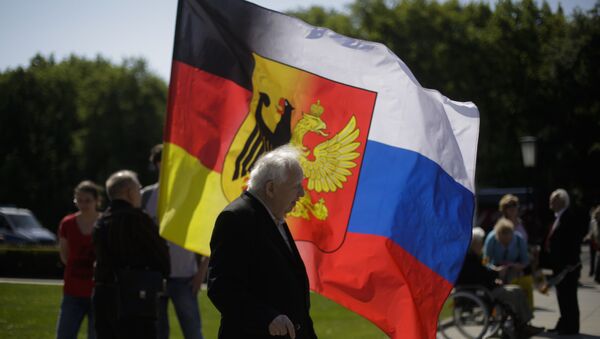 The first few months of 2017 have seen a significant increase in Russian bilateral trade with Germany and China.

According to figures from Russia's Federal Customs Service, the turnover of trade between Russia and Germany in January and February increased to 6.7 billion euros ($7.3 billion), an increase of 43 percent in comparison with the same period the previous year.

"The latest figures concur with the German economy's impression on the ground, that the situation is improving," Matthias Schepp, Chairman of the Russian-German Chamber of Commerce, said.

According to a survey of German enterprises in February, over two-thirds were optimistic about the prospects for economic development in Russia in 2017.

"For the vast majority of German companies, who weathered the downturn and stayed in the country, their faith in a market recovery is now going to pay off," the trade organization's deputy chairman Klaus Schaefer said.

Despite their optimism about economic recovery, German firms were less optimistic about the possibility of anti-Russian sanctions being lifted this year.

While 91 percent of respondents to the survey said they would like to see sanctions against Russian individuals and businesses lifted, just 29 percent foresee that happening over the next year.

Over half of those questioned were bullish about Germany's place in the Russian market, despite the impact of Russian counter-sanctions and competition from China.

The majority, 59 percent, of respondents said that the EU will remain one of Russia's most important trading partners, along with China. 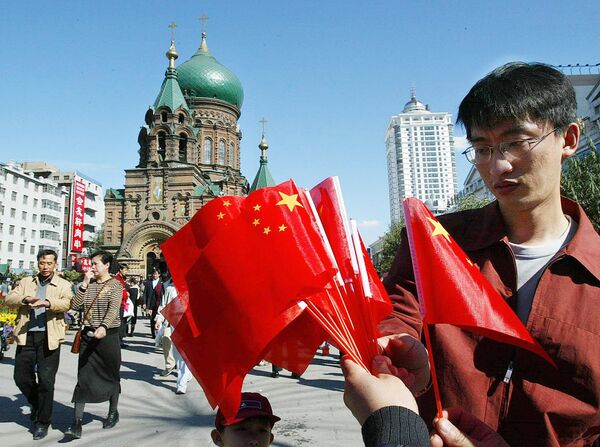 A man shops for flags in front of St. Sophie's Russian Orthodox Cathedral in Harbin, in northeast China's Heilongjiang province
© AFP 2022 / FREDERIC BROWN
Russia's trade with China also saw a tremendous increase in the first quarter of 2017. Bilateral trade over the three-month period was worth $18.1 billion, an annualized increase of 29.3 percent, according to statistics from China's General Administration of Customs.

In 2016, trade turnover between China and Russia reached $69.5 billion, an annualized increase of 2.2 percent.

Russian Economy Has Grown Immune to Western Sanctions - UN Special Rapporteur
Two years earlier, Moscow and Beijing set themselves an ambitious target to increase their bilateral trade to $200 billion per year by 2020.

Last October, Director-General of the Chinese Foreign Ministry's Department of Europe and Central Asia Gui Congyou told Lenta.ru that the two countries can achieve the target by opening their markets and increasing agricultural imports.

Congyou said that China is interested in increasing its imports of Russian agricultural products such as meat and wheat, and that Russian could buy more fruit and vegetables from China.

"Our countries border each other, it is illogical and unprofitable for us to buy these goods from countries that are far away from us," Congyou said.