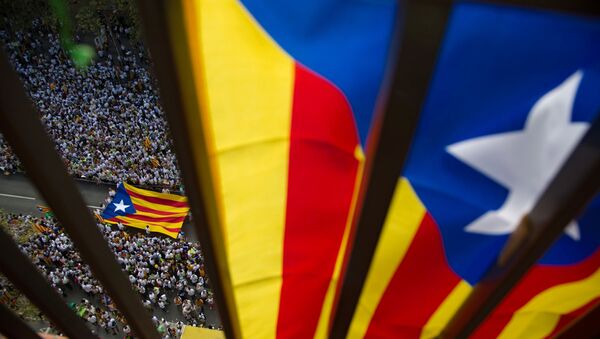 Earlier in the day, Catalan TV3 television channel said the Catalan government planned to buy 8,000 ballot boxes. It is impossible for the Catalans to use the boxes for general and other elections as they belong to Spain.

"What we have seen is the announcement of an announcement and if it is turned into deeds the prosecutors will intervene without any doubts," de Vigo said at a press conference.

Vigo recalled that on February 14, the Spanish Constitutional Court had already said it would prevent any referendum.

In late September 2016, Catalonia’s President Carles Puigdemont pledged to look for an agreement on independence from Spain. Shortly afterwards, the Catalan parliament voted in favor of two resolutions: one which called on the regional government to hold an independence referendum in the fall of 2017, and a second which aimed at coordinating the autonomous community's conduct with the central Spanish authorities.

In March, Catalonia approved a draft budget which included an allocation of 5.8 million euros ($6.2 million) toward the preparations for the independence referendum this year. The Spanish government decided to challenge the budget and launched a probe into the actions of the Generalitat, Catalina's government.

On November 9, 2014, about 80 percent of the Catalans who took part in the non-binding referendum on the region's status as part of Spain voted in favor of Catalonia becoming an independent state. Madrid declared the referendum unconstitutional.