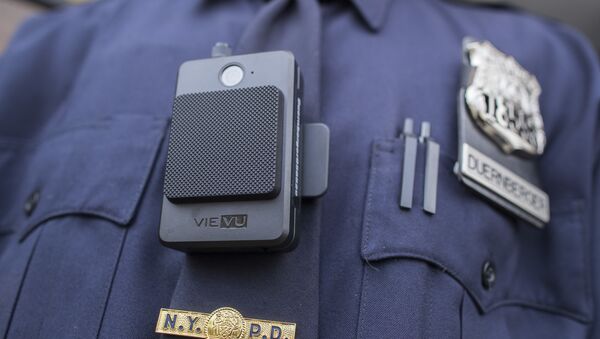 Colorado prosecutors have dropped a case after the arresting officer admitted he staged body camera footage of a search of the suspect’s vehicle, in order to "recreate" the event for the benefit of the court. While widely touted as a means of ensuring kosher police behavior, the technology evidently comes replete with its own risks.

The development means the defendant won't be prosecuted for heroin possession and unlawful possession of a handgun. The evidence was allegedly found during a search of the man's vehicle, which was towed after he couldn't provide an officer registration or insurance during a traffic stop. The officer said he found seven grams of heroin and a.357 Magnum in the vehicle at the tow yard, and offered body cam footage of the search to prove it. However, the officer subsequently conceded that the video was in fact a re-enactment.

​The suspect's attorney dubbed the development a "disturbing" use of the technology, which police forces around the world are increasingly equipped with. The video is said to be highly realistic, depicting the officer expressing shock at uncovering the gun. The ruse was uncovered when it was determined the officer's subsequent report of the search did not match the footage.

Body cameras have been peddled as a panacea, ensuring proper police and public behavior, and optimizing prosecution cases.

A 2016 Cambridge University paper, which studied 1.5 million beat hours across more than 4,000 shifts by officers in the UK and California, concluded equipped police received 93 percent fewer complaints from the public.

It concluded cameras created "an equilibrium" between the accounts of an officer and a suspect, increasing accountability on both sides — officers and the public being aware their actions were on tape encouraged them both to think about their actions more consciously.

"With a complaints reduction of nearly 100 percent across the board, we find it difficult to consider alternatives," the authors said.

However, even the researchers' effusive praise was replete with a significant caveat — behavioral changes seemingly relied on cameras recording entire encounters with the public, and officers explicitly warning they were on — moreover, there was an uptick in violence towards police increased if a camera was switched on in the middle of an interaction, as it was interpreted by suspects as an escalation.

While the officer in the Colorado case is to be investigated for misconduct, he may well have a cast-iron defense — his force has no codified policies on how body cameras can and should be used. A 2016 Police Executive Research Forum report found that of the 63 US police forces then using body cameras, a third had issued no written guidance on usage.

Regulations on how, when, and whether to use body cameras vary widely — from jurisdiction to jurisdiction, from country to country — and many police departments have seemingly adopted a "adopt first, finalize details later" to their implementation.

This lack of universal regulation has prompted the Stanford Center for Internet and Society to suggest body cameras have in fact become police surveillance tools, rather than an assurance of accountability — with few limits on what can be recorded, it may be that everything and everyone will be, all the time.

​Moreover, the Center is concerned about the effective monopolization of the body camera market by Axon (formerly Taser International). The firm has cornered roughly three-quarters of the market in the US alone, and has relationships with 17,000 of the country's 18,000 law enforcement agencies.

Privacy concerns may increase significantly if Axon's plans to equip cameras with artificial intelligence are achieved — the company hopes to achieve facial-recognition and real-time scanning capabilities to identify wanted suspects and objects such as weapons.