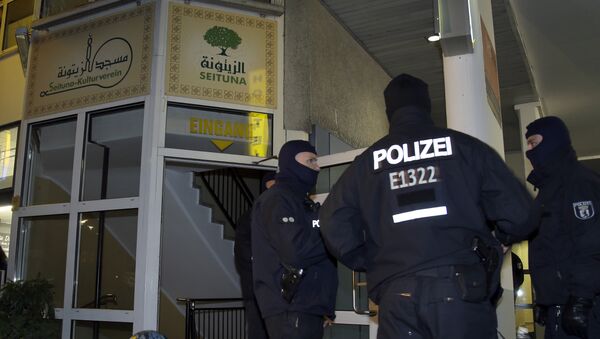 Germany's Federal Criminal Police Office (BKA) is aware of about 657 potentially dangerous Islamists, another 388 people could potentially become accomplices in committing terrorist attacks in Germany, according to local media.

German Authorities Detain Alleged Daesh Member in Country's Southwest
According to BKA, the security services are aware of about 657 potentially dangerous Islamists, while in January there were 570 of them. Another 388 people could potentially become accomplices in committing terrorist attacks, BKA added.

Germany has been on edge after a string of Islamist-linked attacks last year, the deadliest one taking place at a Berlin Christmas market, when a self-confessed Islamic State (ISIL or Daesh, outlawed in Russia) member, Anis Amri, drove a stolen truck into a crowd, killing 12 people and injuring 56 others.