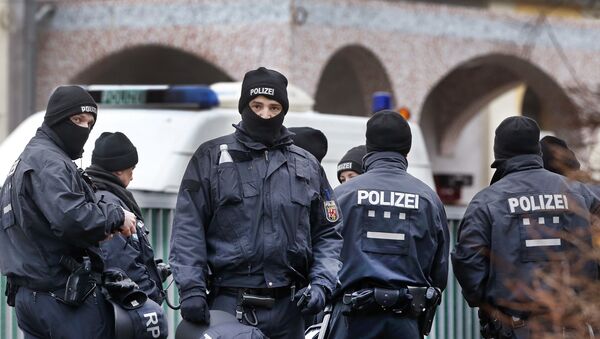 An agent of the Swiss Federal Intelligence Service (NDB) was arrested for allegedly spying on the German tax office, the German press reports.

Daniel M., a private detective and former policeman, was arrested in a Frankfurt hotel on Friday. Having recruited an informant in the "business area" of the German financial administration in North Rhine-Westphalia (NRW), he was able to pass on information about an ongoing investigation into German tax evasion committed with the help of Swiss banks.

The informant, as yet unidentified by the German police, has been providing Daniel M. and his contacts in the Swiss Federal Intelligence Service (NDB) with information on the investigation since 2015.

According to his arrest warrant, Daniel M. was tasked with providing the NDB with "direct information" on how the German authorities are proceeding with the investigation, in particular their purchase of CD's containing Swiss bank data about German tax evaders, which has angered the Swiss authorities.

Daniel M. and his assistant, a former German CID police officer who acted as a security adviser, were to provide the NDB with a list of tax evaders identified by the German authorities. 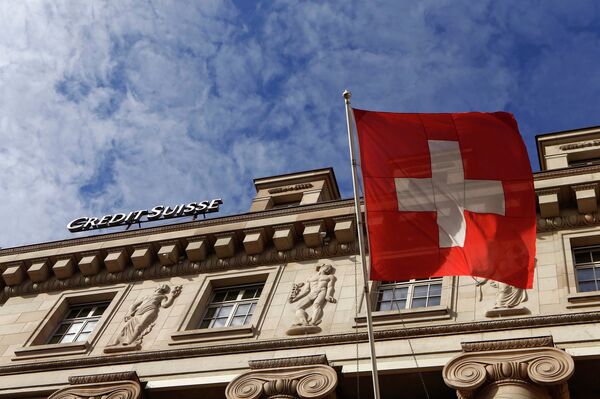 A national flag of Switzerland flies in front of a branch office of Swiss bank Credit Suisse in Luzern October 30, 2014
© REUTERS / Arnd Wiegmann
The NDB used this to identify the tax investigators who were involved in buying the stolen data. Swiss prosecutors intended to charge the German officials with "economic espionage" and "violation of bank secrecy."

Since 2010, NRW has been buying CDs containing information on billions of euros worth of transactions carried out with banks such as Credit Suisse and Coutts' Zurich branch, in order to identify tax evasion and recover missing tax revenue.

In 2015, it was reported that the finance ministry in Duesseldorf had bought its ninth and most expensive CD for five million euros. The CD contained information on 70 billion euros worth of transactions that evaded taxation.

Quarter of Profits of Top 20 European Banks Registered in Tax Havens
According to the German magazine Der Spiegel, NRW's investment in the CDs has paid off, with the state taking over two billion euros in revenue from tax payments and penalties imposed on banks as a result of the investigation.

Across Germany, by October 2015, four to five billion euros had been recovered and 120,000 Germans charged with tax evasion as a result of the investigation.

The systematic purchase of the CDs has angered the Swiss authorities, who believe it contravenes a tax agreement signed by Berlin and Bonn in 2011 which obliges both parties not to buy stolen data.

In addition, the investigation has led to pressure on financial institutions and the government in Switzerland, because of its revelations that banks systematically hid the money of tax evaders from Germany.