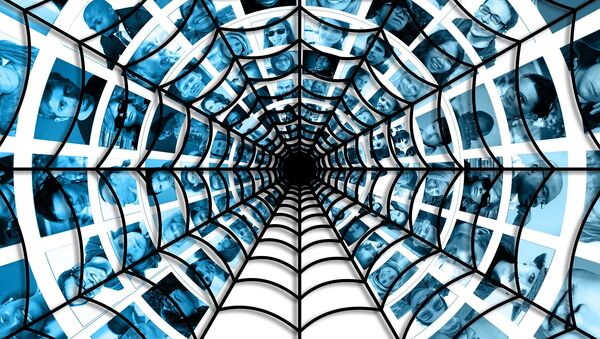 The European Union law enforcement agency Europol has set up a special team to investigate whether Daesh has inaugurated and is running a social network of its own, like Facebook, to spread radicalism and propaganda.

The announcement that a special investigation team was being brought together follows a two-day exercise, late April, in which Europol carried out a coordinated hit against online terrorist propaganda focused mainly on the online production of terrorist materials by Daesh and al-Qaeda affiliated media outlets.

"We are investigating the possibility that IS [Daesh] and other terror groups are setting up a social media platform. We are still working on identifying the full details of the account, including who has set it up and for what purpose," Jan Op Gen Oorth, communications officer for the Europol policing agency told AFP.

As of today @Europol will become the epicentre of our joint efforts to fight terrorism, organised crime & cybercrime https://t.co/3hyWzNpFDq

​The news comes 15 months after the inauguration of the European Counter Terrorism Center (ECTC), a new counterterrorism division within Europol aimed at improving the exchange of information between law enforcement agencies.

In the latest operation, on 25 and 26 April 2017, Europol's Internet Referral Unit (EU IRU) teamed up with colleagues from Belgium, Greece, Poland, Portugal and US to identify and secure the swift removal of terrorist and violent extremism content online.

​Hosted at Europol's headquarters in The Hague, the teams jointly targeted accounts used by terrorist groups to radicalize, recruit, direct terrorist activities. As a result, 2068 such pieces of content in 6 languages were accessed for the purpose of referral, hosted on 52 online platforms.

The coordinated hit against online terrorist propaganda focused mainly on the online production of terrorist materials by Daesh and al-Qaeda affiliated media outlets. Among the items referred were propaganda videos, publications and glorifying or supporting terrorism and extremism.

"The efforts made by numerous online platforms to remove inappropriate content have driven supporters of terrorist groups to simultaneously use multiple platforms to promote terrorism and incite violence," Europol stated.

"They have also been searching for new service providers to make sure their messages reach potential supporters. A growing interest for platforms that do not require identification can be witnessed. During this campaign, the participants identified a new platform that appears to be set up by terrorist networks themselves for not only spreading propaganda, but also financing their activities.

"This and other content analyzed during the campaign have triggered further operational cooperation between Europol and the participating countries with the aim of identifying modus operandi of terrorist networks online," Europol said.