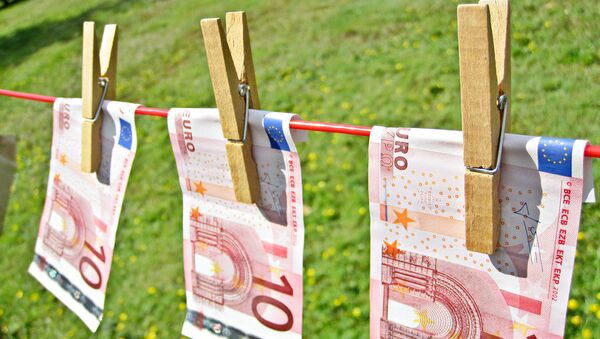 CC BY 2.0 / Images Money / Money Laundering - Euros
Subscribe
Tensions between the European Commission and the EU Parliament have increased as MEPs again rejected a blacklist of third-party countries, saying it - once again - failed to include several states where money laundering is clearly a major part of the economy.

MEPs rejected, May 4, for a second time, by 61 votes to 7 with 32 abstentions, a blacklist of countries drawn up by the EU Commission. The countries on the current blacklist are: Afghanistan, Bosnia and Herzegovina, Guyana, Iraq, Laos, Syria, Uganda and Yemen. The new proposal of the Commission plans to remove Guyana and add Ethiopia to the list.

"The Commission has once again failed to produce an adequate list. All the notorious offshore jurisdictions are absent from it. The Commissioner responsible for this file — Věra Jourová — even shied away from having a debate with the Parliament's committees," said Fabio De Masi — Vice-Chair of the Committee on Money Laundering, Tax Avoidance and Tax Evasion (PANA) and shadow rapporteur of the directive against money laundering.

"One year on from the 'Panama Papers' revelations, the recommendations as demanded by the European Parliament have still not been implemented. If the Commissioner lacks the resources for a risk analysis, she must request them from [Commission President] Mr. Juncker. Given the hundreds of billions of euros that money laundering and tax evasion cost us every year, this would be money well spent.

"The whole thing stinks. The Commission is evidently not interested in diplomatic quarrels. This is kowtowing to tax evasion, organized crime and terrorist financing. The European Parliament will not tolerate this," said De Masi.

The Commission is responsible for producing, under the EU's Anti-Money Laundering Directive, an inventory of countries thought to be at risk of money laundering, tax evasion and terrorism financing. People and legal entities from blacklisted countries face tougher than usual checks when doing business in the EU.

We will also need the support of @Europarl_EN to advance with the European list of tax havens.#PANA pic.twitter.com/28ol9YTQ4U

In the latest resolution, MEPs from the Economic and Monetary Affairs Committee and the Civil Liberties, Justice and Home Affairs Committee said: "the Commission's process was not sufficiently autonomous" and that the criteria for its list excluded offenses giving rise to money laundering, such as tax crimes."