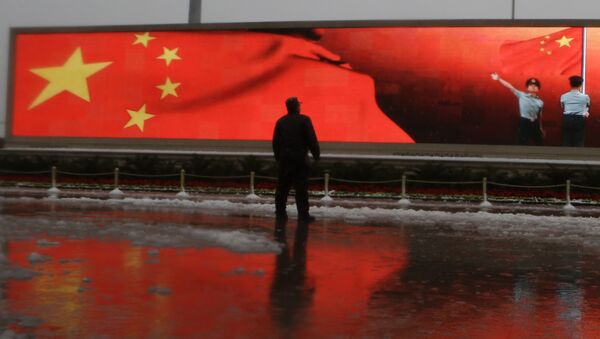 © AP Photo / Ng Han Guan, File
Subscribe
China is due to complete the construction of its two state-of-the-art ships, designed for deep-sea research, by the first half of 2019, according to China Daily.

According to him, the construction is scheduled to begin before the end of June 2017.

"The two ships will have world-class technological and operational capacity. They will be able to travel at least 6,000 nautical miles (11,112 km) in each journey," he said.

Both the marine resources survey ship and the mother ship, which will serve China's manned submersible Jiaolong, will have a displacement of 4,000 metric tons, according to the State Oceanic Administration.

As for the 98-meter-long marine resources survey ship, it will be tasked with conducting long-term surveys in a wide array of sectors, including marine geology, marine ecology and ocean-atmosphere systems.

As far as Jiaolong is concerned, it is a Chinese manned deep-sea research submersible that can dive to a depth of more than 7,000 meters.

For now it is believed to have the greatest depth range of any manned research vehicle in the world.

In June 2012, Jialong reached its deepest depth of 7,062 meters when diving in the Mariana Trench.