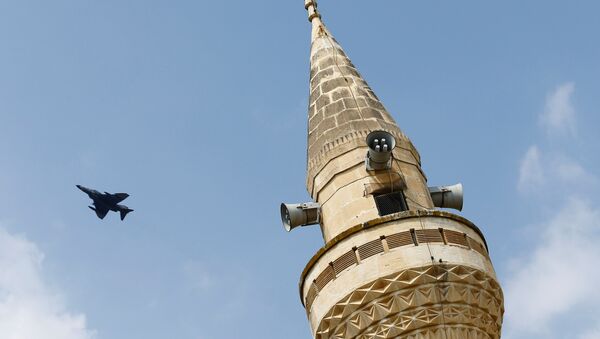 Commenting on the situation in northern Syria, Ilnur Cevic, chief adviser to Turkish President Recep Tayyip Erdogan, said that the situation had deteriorated to the point where he couldn't rule out US troops operating alongside Kurdish forces being "accidentally" (i.e. deliberately) struck by Turkish missiles.

Speaking to Turkish media personality Ekran Tan on CRI FM, a local radio station, Cevic was asked to comment on the issue of US special forces units in northern Syria operating alongside the Syrian Kurdish Democratic Union Party and its Turkish affiliate – the Kurdistan Workers' Party. Ankara considers both groups to be terrorist organizations.

According to Turkish television channel OdaTV, Tan phrased his question to Cevic as follows: "What will you say to the US? They've served as a shield for the terrorists from the Kurdistan Worker's Party. They've become a shield so that we cannot strike them."

‘War Within a War': What Will Ankara’s Aggression in Syria Mean for Washington?
Cevic responded: "The fact that they went there doesn't mean anything. If the PKK terrorists continue to operate in Turkey – and as you know, they are leaking in through northern Syria. They are infiltrating into our country through that region."

Continuing, the adviser rhetorically asked his host if he remembered what happened to the Daesh (ISIL/ISIS) terrorists following the Turkish incursion into northern Syria.

"What happened to Daesh? One night we suddenly went [into Daesh territory]; we ended up in El-Bab. The same applies to northern Syria. If our forces push far enough, and US armored vehicles are already there…You may see several missiles accidentally hitting them."

Surprised by the answer, Tan said that the situation is very complicated, and that "you have expressed yourself in a very severe manner."

Cevic didn't retreat from his words: "If they act in this way, what would you do?"

Turkey Flexes Military Muscle on Syrian Border Ahead of Putin-Erdogan Meeting
On April 25, Turkish Air Force jets struck positions belonging to the Kurdish People's Protection Units (YPG) — the armed wing of the Kurdish Democratic Union Party, and the Kurdistan Workers' Party, in northern Syria and Iraq, killing about 70 Kurdish fighters and causing anger and confusion around the world.

YPG units are a key component of the majority-Kurdish Syrian Democratic Forces, a US-backed force that has been closing in on Raqqa, the self-proclaimed capital of the Daesh terrorists. Washington and Moscow have each condemned the air strikes. Turkey however has insisted that the strikes were aimed at preventing the Kurdish 'terrorists' from sending fighters and weapons to Turkey. 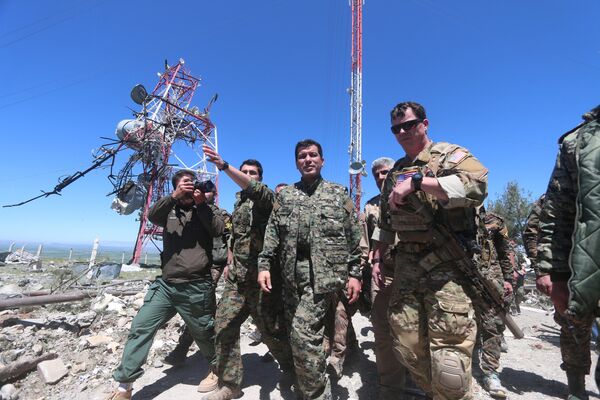 US military commander (R) walks with a commander (C) from the Kurdish People's Protection Units (YPG) as they inspect the damage at YPG headquarters after it was hit by Turkish airstrikes in Mount Karachok near Malikiya, Syria April 25, 2017.
© REUTERS / Rodi Said
Newsfeed
0
Access to the chat has been blocked for violating the rules . You will be able to participate again through:∞. If you do not agree with the blocking, please use the feedback form
The discussion is closed. You can participate in the discussion within 24 hours after the publication of the article.
To participate in the discussion
log in or register
loader
Chats
Заголовок открываемого материала