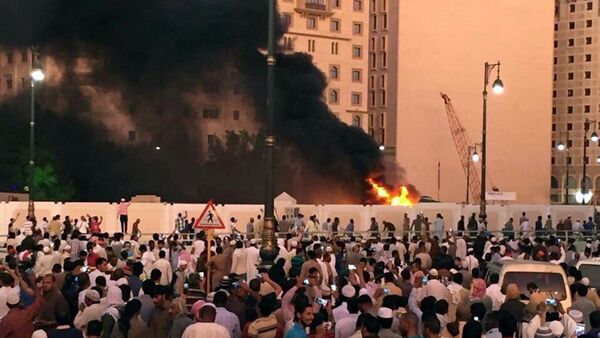 © REUTERS
Subscribe
Saudi authorities have detained 46 members of a terrorist cell that had conducted a deadly terrorist attack in the city of Medina in 2016, local media reported on Sunday.

Autonomous Secret Cells Formed to Commit High-Profile Terrorist Acts - Moscow
MOSCOW (Sputnik) — The Saudi Press Agency reported citing an official from the country's Interior Ministry that 46 individuals have been detained by the country's police after a series of raid in the Saudi Arabian city of Jeddah.

The news outlet added that among the detainees there are 32 Saudi nationals, as well as 14 foreigners from Afghanistan, Egypt, Jordan, Pakistan, Sudan and Yemen.

On July 4, 2016, an assailant set off an explosive device at the Prophet’s Mosque parking lot in Medina, targeting security forces on the second-to-last day of the Islamic holy month of Ramadan. Four people, excluding the bomber, died in the attack.