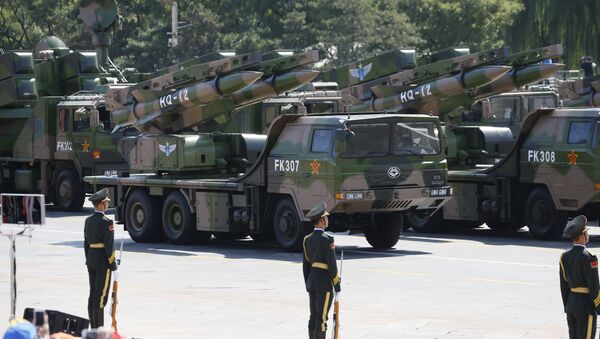 The Japanese nationals are divided over revising the article in the country's constitution prohibiting Tokyo from military activities, a survey showed Sunday.

New Japan Ground Forces Logo Slammed Over Image of Sword Used in World War II
MOSCOW (Sputnik) — According to the mail-in survey conducted by the Kyodo news agency ahead of the 70th anniversary of Japan's constitution, 49 percent of respondents backed the revision, while 47 percent said that there was no need in amendments.

The poll added that 75 percent of respondents said that the war-renouncing article had contributed to the country's pacifist stance preventing the nation from engagement in the military conflicts after the end of World War II.

Article 9 of the Japanese constitution, which came into effect in 1947, renounces Japan's sovereign right of belligerency. However, two laws allowing the country's Self-Defense Forces to be deployed abroad came into force in 2016.

The poll was conducted on March 8 — April 14. The results of the poll are based on answers provided by 2,000 people.