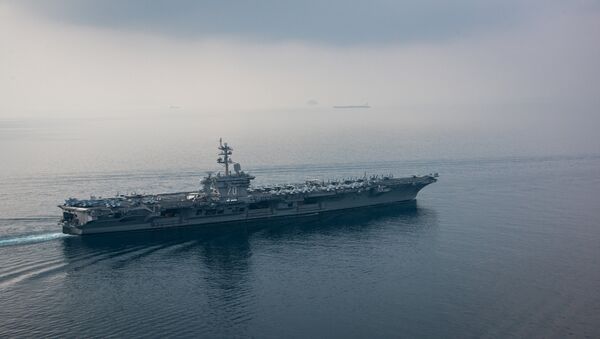 The strike group of the USS Carl Vinson aircraft carrier has navigated the Tsushima Strait and entered the Sea of Japan, Japanese Defense Ministry sources told a local broadcaster on Saturday.

MOSCOW (Sputnik) — The carrier was accompanied by US and Japanese destroyers, which took part earlier in joint war games, Japan's NHK reported.

The fleet, referred to as "armada" by US President Donald Trump, will be stationed off the Korean peninsula, in a show of force directed at North Korea.

Earlier on Saturday, the North fired off another ballistic missile toward Japan, which the US Pacific Command said broke up over the North Korean territory.

The NHK said Japan remains on high alert following the apparently failed launch. The Japanese cabinet met for an urgent meeting earlier in the day, where ministers agreed to get ready for more provocations.