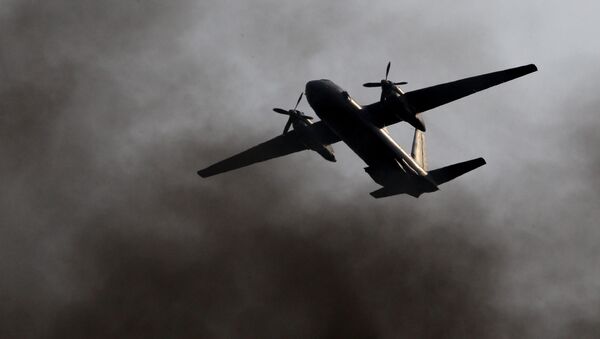 MEXICO CITY (Sputnik) — The military airplane crashed into a mountain in the north-western region of Artemisa, Reuters reports, citing local media. It had departed from the Baracoa airport west of Havana.

The Ministry of the Revolutionary Armed Forces confirmed that a military plane crashed in western Cuba, killing eight people on board.

"On Saturday morning, a tragic incident happened. An An-26 passenger plane of the Revolutionary Armed Forces, which departed from Playa Baracoa airport at 6:38 a.m. [10:38 GMT],… crashed in the Loma de la Pimienta area in the Candelaria municipality of province of Artemisa," the statement said, adding that the accident claimed lives of eight servicemen on board, including crew members.

It was previously reported that an An-26 passenger plane carrying up to 39 people had disappeared from radars during a flight in Cuba, and then that it had crashed in the western part of the country, in an area called Las Lomas de San Cristóbal in the province of Pinar del Rio. The area of the crash was described as difficult to access.

"We have received confirmation of the crash from the airline offices in Cuba, and unfortunately they have confirmed also that there were casualties," Ciber Cuba news outlet reported citing unnamed sources. A relative of a crew member also told Ciber Cuba, "the preliminary report is that there are no survivors."