Tillerson: N Korea Strike on US Mainland 'Matter of Time' 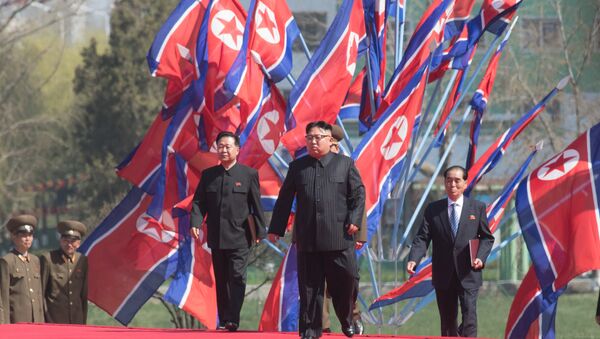 The US secretary of state claimed that a North Korean nuclear attack on South Korea or Japan is possible whereas it is only the matter of time before Pyongyang develops an ability to conduct a similar strike on the US mainland.

UNITED NATIONS (Sputnik) — There is a real threat of North Korea striking South Korea or Japan with a nuclear weapon, and it is only a matter of time before a similar strike can hit the United States, US Secretary of State Rex Tillerson said at a UN Security Council meeting on Friday.

"The threat of a North Korea nuclear attack on Seoul or Tokyo is real and it is likely only a matter of time before North Korea develops the capability to strike the US mainland," Tillerson stated. "We call on countries to suspend or downgrade diplomatic relations with North Korea. North Korea exploits its diplomatic privileges to fund its illicit nuclear missile technology programs, and constraining its diplomatic activity will cut off a flow of needed resources."

The United States will provide monetary aid to North Korea after Pyongyang dismantles its nuclear and missile programs, Tillerson said.

"Since 1995, the United States has provided over $1.3 billion in aid to North Korea," he stated. "We look forward to resuming our contributions once the DPRK [North Korea] begins to dismantle its nuclear weapons and missile technology programs."

"We must increase North Korea’s financial isolation," Tillerson said. "We must levy new sanctions on DPRK [North Korean] entities and individuals supporting its weapons and missile programs, and tighten those that are already in place."

The United States will willingly impose sanctions against individuals or entities from any nation that aid North Korea, he said.

"We will not hesitate to sanction third-country entities and individuals supporting DPRK’s illegal activities," Tillerson stated.