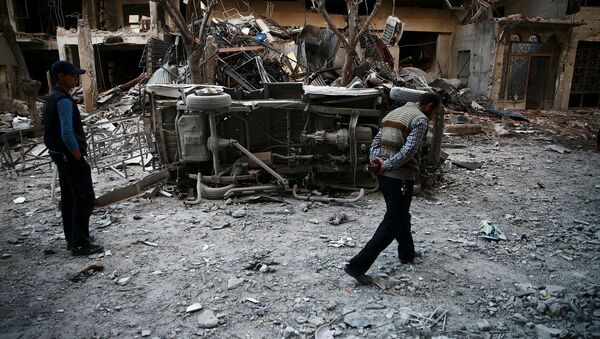 "I am also gravely concerned about the situation in besieged eastern Ghouta, outside Damascus, where civilians remain trapped amid reports of relentless shelling, airstrikes and ground fighting," O'Brien said.

O’Brien explained the last informal access routes to eastern Ghouta have reportedly been cut off, which further aggravates the situation for the 400,000 people who leave in the area. The United Nations has been unable to reach them since October.

As a way forward, O’Brien insisted consolidating the nationwide ceasefire and allowing for a pause in fighting in eastern Ghouta to enable the delivery of humanitarian assistance.

O’Brien noted an increase in administrative and other bureaucratic impediments by all parties in Syria to delivering aid and called for the lifting of such arbitrary restrictions.

The nationwide ceasefire regime was introduced in Syria on December 30, with Russia and Turkey serving as guarantors. Terrorist organizations operating in the country such as the Daesh (outlawed in Russia) are not part of the ceasefire.