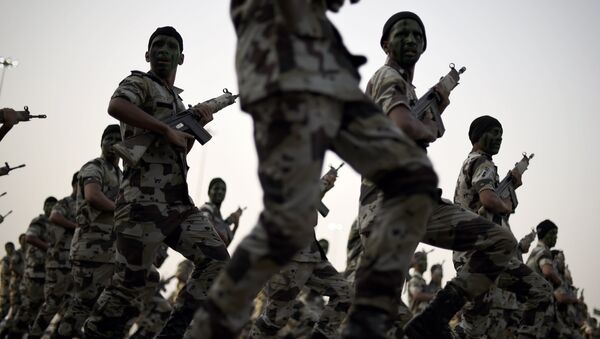 © AFP 2021 / Mohammed Al-Shaikh
Subscribe
An international public relations firm has been accused of complicity in whitewashing Saudi Arabian war crimes in Yemen, after signing a deal to promote the Islamic Military Alliance to Fight Terrorism, a Riyadh-dominated military bloc dubbed the "Muslim NATO."

The firm, Burson-Marsteller, was hired in March to shill the coalition, which was established in Riyadh in December 2015. It has 41 Muslim-majority member nations, and the stated mission of battling Daesh in Iraq and Syria, and combating Islamist militancy across the Middle East and North Africa.

Saudi Major General Ahmed Asiri, currently being investigated by UK police for alleged war crimes, has also suggested the alliance's purview could be expanded to include fighting Houthi rebels in Yemen, a mission currently conducted by a Saudi-dominated coalition comprised of UAE, Bahrain, Kuwait and Qatar.

IMAFT is modeled on NATO, and effectively headed by Saudi Arabia. It is comprised primarily of Sunni-majority nations, such as Bahrain, Chad, Egypt, Mali, Nigeria and Somalia, nations which have all incurred intense criticism for their human rights records. Moreover, its religious composition suggests it is a sectarian force aimed at key Saudi regional enemy Iran. 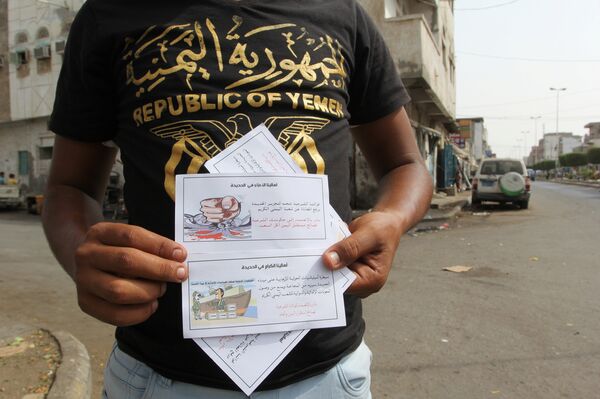 A man displays leaflets dropped by Saudi-led coalition's air force on the Red Sea port city of Hodeidah, Yemen April 26, 2017. The leaflets read: "Our forces of legitimacy are heading to liberate Hodeidah and end the suffering of our gracious Yemeni people. Join your legitimate government in favor of the free and happy Yemen!"
© REUTERS / ABDULJABBAR ZEYAD

Middle East analyst Dan Lazare previously told Sputnik the bloc effectively strengthens the Middle East's most repressive regimes, many of which have financed terrorist groups such as Al-Qaeda and Daesh.

The appointment of Burson-Marsteller comes at a pivotal point for the alliance, as it prepares to hold its first official meeting of national defense ministers. The company previously worked for the Kingdom in the aftermath of the 9/11 attacks in New York and Washington in 2001, placing adverts in newspapers across the country disassociating Saudi Arabia from the attackers, 15 of whom were Saudi nationals.

While the firm is international, with Middle East offices in Riyadh and Jeddah, the firm's London headquarters leads the propaganda efforts. The firm has amassed a reputation for having despotic regimes as clients, representing Argentina's military junta in the 1970s while thousands of Argentinians were killed in the government's "dirty war" between 1976 — 1983. A mainstream TV presenter once remarked, "when evil needs public relations, evil has Burson-Marsteller on speed dial."

The firm has also previously ignited controversy over its work for Facebook. The social media giant hired Burson-Marsteller to encourage bloggers and journalists to investigate Google's operations, and the way it collects information on users, provoking charges that Facebook was attempting to distract attention from its own privacy-compromizing activities. 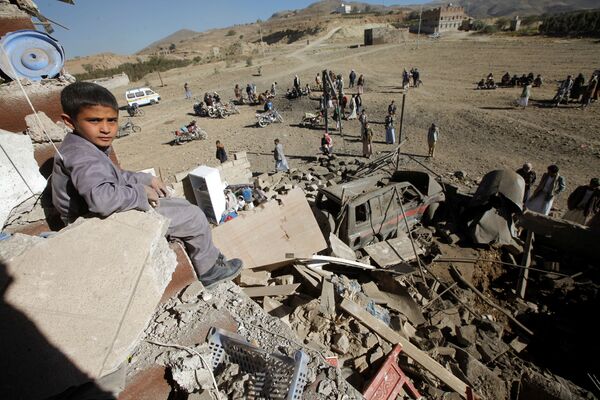 More generally, the UK is a key destination for repressive regimes in need of reputation management, due to a lack of regulation and high levels of opacity.

Saudi King Appoints Son as Country's Ambassador to US

In the US, lobbyists working for foreign governments are obliged to publicly disclose client contracts and state when and why they've been in contact with politicians and the media — no such compulsion exists in the UK. While the UK Public Affairs Council operates a voluntary register, many firms do not appear on it at all, and those that do often post incomplete client lists.

In 2016, it emerged a subsidiary of French media conglomerate Publicis Groupe, which owns UK ad and PR firms such as Saatchi & Saatchi, distributed an article in which Foreign Minister Adel bin Ahmed Al-Jubeir justified the execution of 47 people on the basis some were terrorists.

Qorvis MSLGroup, a subsidiary of Publicis Groupe, has worked with Saudi for more than a decade but deleted ref to client after HR challenge.

​Saudi Arabia has attempted to project a positive image of itself in other ways previously. In 2015, the country launched website Arabia Now, an "online hub for news related to the Kingdom," which features laudatory articles and blogs about Saudi culture and economic development. Recent coverage has praised Oman becoming the 41st member of the alliance.

​That same year, WikiLeaks revealed Riyadh had paid for positive coverage in the media, and used proxies to attack outlets that published reports damaging to the Kingdom. For instance, German journalists were paid 7,500 euros per month to write positive articles about Saudi Arabia biannually.