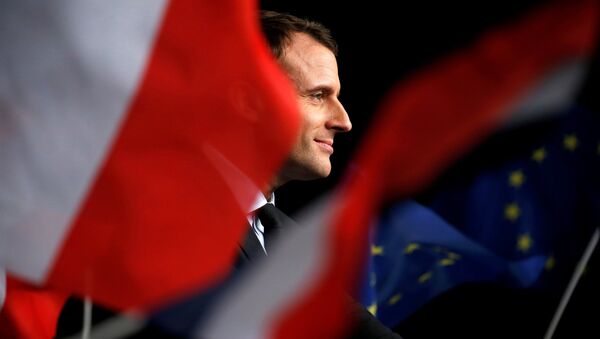 Casting a ballot in favor of Emmanuel Macron is tantamount to voting for the continuation of the disastrous rule of socialist French President Francois Hollande, Yannick Moreau, a member of the center-right Republicans party, told Sputnik France.

Hollande Vows to Vote for Macron, Says Le Pen 'Poses Risk' to France
In an interview with Sputnik France, Yannick Moreau, a member of the center-right Republicans party, claimed that voting for Emmanuel Macron in the second round of French elections meant support for the continuation of the disastrous rule of French President Francois Hollande.

The interview came a few days after the first round of the presidential election took place in France, in which independent candidate Emmanuel Macron received 24.01 percent of the votes, more than any other candidate.

Marine Le Pen, the right-wing populist leader of the National Front, came in second with 21.53 percent. 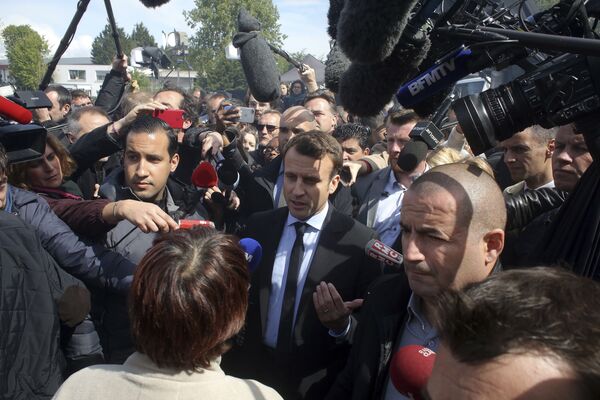 Both are now preparing for the second round of elections, which is to be held on May 7.

The two candidates succeeded in defeating the center-right candidate Francois Fillon, who obtained 19.91 percent of the vote, as well as the radical leftist Melenchon, who gained 19.64 percent.

Marine Le Pen: #Fillon betrayed his voters by asking to vote for #Macron.

Notably, presidential candidate Francois Fillon, who failed to make it to the runoff, urged voters to vote for Macron, claiming that "far-right leader Marine Le Pen would bankrupt France if elected," according to Reuters.

Why French Far-Left Candidate Refused to Vote Against Le Pen This Time
Commenting on this in an interview with Sputnik France, journalist and writer Andre Bercoff said that similar calls are out of line with what the Republicans said during the election campaign.

This, in turn, adds to the confusion that currently prevails on the right of the political spectrum in France, reflecting an election in which the country's traditional left-right dichotomy (which itself dates back to the early, post-revolutionary days of the French National Assembly) was called into question.

Yannick Moreau, for his part, warned against voting for either of the two presidential hopefuls during the runoff.

"Here we are dealing with inconsistency, which must be avoided at all costs. I think that the right-wing party members calling for support for Macron is a sign of irresponsibility on the part of political figures," he said.

"I can understand when they say that there is no need to vote for Marine Le Pen, but at the same time, it's necessary to say that voters should support neither Marine Le Pen nor Emmanuel Macron," according to Moreau.

"Voting for Emmanuel Macron means that a person wants to back the continuation of disastrous rule of [current French President] Francois Hollande. If you like Hollande, you will be crazy about Macron," he said.

'Macron Preparing Anti-Family-Policy' - French Anti-Gay Movement
According to him, the Republicans should try to gain a majority in the People's Assembly and in the Senate in the parliamentary elections scheduled for June 2017.

In the meantime, a fresh OpinionWay poll revealed on Wednesday that far-right presidential candidate Marine Le Pen had improved her chances to beat independent Emmanuel Macron by 1 percent since Tuesday but is still expected to lose the second round of the election.

According to the survey, Le Pen is estimated to secure 40 percent of votes in the runoff against Macron's 60 percent.