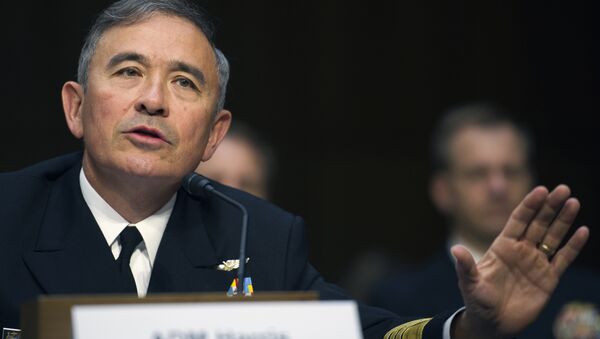 Appearing before the Senate Armed Services Committee (SASC) on Thursday, US Pacific Commander Admiral Harry Harris Jr. refused to take an American invasion of North Korea off the table, as Pyongyang has already “provided provocation” to justify such an invasion, the District Sentinel reported.

In an exchange charitably describable as awkward, Harris was asked by South Carolina Republican and SASC member Lindsey Graham, "Is it fair to say, we do not have any intention of invading North Korea at all? Nobody has told you get ready to invade North Korea."

"That is not fair to say, sir," Harris answered, probably not the reply Graham was hoping for. "I believe the president has said that all options are on the table."

"Yeah, but I mean we're not just going to go in and take North Korea down for the heck of it," Graham said.

Harris: "I don't want to get into what we could or couldn't do."

"Well North Korea thinks we're going to invade at any moment. Do you think that's part of our national security strategy – without provocation to attack North Korea?" Graham asked.

Graham then addressed the North Koreans directly: "In case North Korea's listening, none of us want to invade your country … All this military force going that way is to deter them from being able to protect us and protect our allies. We're trying to deter them from hurting us, we're not sending a bunch of people over there to invade their country without provocation."

Harris agreed with that statement from Graham, to which the senator responded, "I hope they understand that, and I hope China understands that."

"I'm not a student of the Cuban missile crisis. But what I know of it, it seems that we are faced with a threat and a leader who is intent on achieving his goal of a nuclear capability against the United States."

This is far from the first time the United States has chafed with the Hermit Kingdom, but Harris has called North Korean dictator Kim Jong-un a different beast from his predecessors. "In the past, [the Kim family has] gone to this provocation cycle. There's a provocation, there's a negotiation, and there's a concession, peace for a while, and then the cycle starts again. I think Kim Jong-un has elevated that to a cycle of provocation, provocation, provocation," he told the House Armed Services Committee on Wednesday.

Harris also called the construction of DPRK ballistic missiles capable of threatening the United States "a matter of when."

"[Kim Jong-un's] capability is approaching the line of his rhetoric. When those lines cross, we are then at an inflection point, and we wake up to a new world," he said.

The thrust of Harris's House testimony on Wednesday was that it is inevitable that the DPRK will achieve nuclear ICBM capabilities; that Hawaii and other Pacific nations such as Japan are vulnerable to such attacks; and that he is not confident that the DPRK would use these missiles solely for deterrence. However, he also said that the American objective should be "to bring Kim Jong-un to his senses, not his knees."