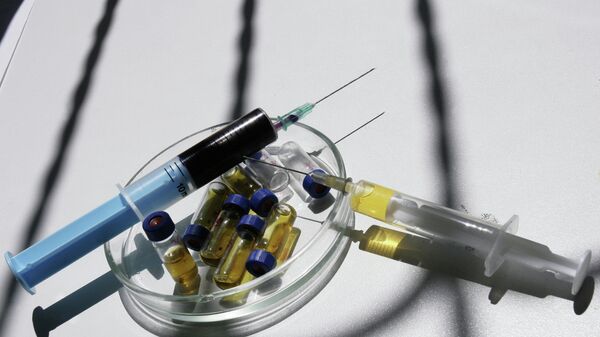 Today, everything can be purchased online, from designer clothes to air guns, knuckledusters, drugs and alcohol. It's the open sale of these more dangerous categories that worries Swedish police, who admit to being almost completely powerless to clamp down on the accounts that specifically target young people and work around the clock.

Startled Swedes Hoard Arms to Protect Themselves Against Gangland Violence
While being a popular service for uploading self-made scenic views, Instagram is also a popular tool for peddling stolen goods, drugs, alcohol and assorted weapons. The prohibited articles are being advertised completely in the open, and Swedish police are powerless to stop the black market, Swedish national broadcaster SVT reported. The accounts often follow and promote each other, which further facilitates the purchase of illegal goods.

According to John Lindström, a police officer in Stockholm's troubled area of Rinkeby, which is known for its propensity for violent crime, there are hundreds of accounts being circulated among Stockholm youth. Lindström noted that this shady business has grown significantly in recent years.

"You can definitely see an increase. Previously, it was more on Facebook, now, it's on Instagram," John Lindström told SVT. He also stressed that the awareness among the young people has also risen. "I would say that in every community or gang there is someone who knows about this," he added.

Sweden Comes up With New Ways to Target Arms and Drugs Sale on Instagram
According to Lindström, one of the foremost reasons why the sale is next to impossible to stop is the dramatic lack of resources. In some cases, however, it was possible to seize and prosecute the vendors, which turned out to be young boys, often under 18 years old.

"If we somehow were to gain access to all of these, we would need huge resources, which we do not have today," says John Lindström.

In a field experiment, conducted by SVT, high school students tested how fast they could buy liquor on Instagram. It did not take long before the deal was successfully carried out in Solna, another Stockholm suburb.

"I don't think there's anyone who wants to buy alcohol and can't get it," high school student Erik told SVT.

Swedes Snap Up Illegal Batons and Stun Guns for Self-Defense
Sweden's Instagram liquor vendors seem to deal almost exclusively in vodka. Some accounts offer delivery around the city, whereas others arrange meetings on specific subway lines. When SVT's "guinea pigs" bought their vodka, they were also informed that ecstasy, cannabis and other drugs were available on "advance order."