A Whale of a Tale: US Used New Zealand Spies to Influence 2007 Vote 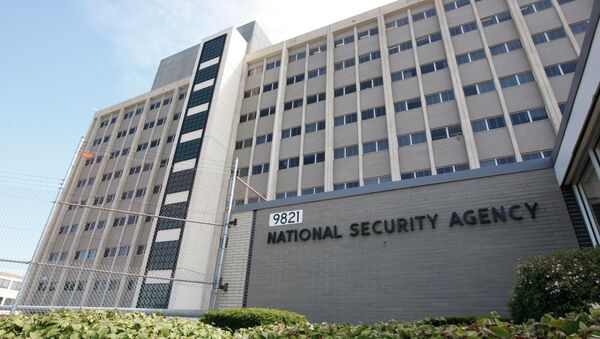 © AP Photo / Charles Dharapak
Subscribe
According to a classified National Security Agency document released by contractor-turned-whistleblower Edward Snowden, Washington successfully enlisted the assistance of Wellington to spy on Tokyo in 2007, for the purpose of influencing a vote on global whaling practices.

In 2007, the NSA enlisted the assistance of Kiwi spy agency the Government Communications Security Bureau to glean key data on lobbying tactics being employed by Japan to influence the outcome of a vote during the 59th annual International Whaling Commission meeting in Anchorage, Alaska.

Japan at the time was attempting to overturn a moratorium on commercial whaling, which the US supported keeping in place. Several Commission member nations were on the fence as to whether the temporary ban should be lifted.

Seeking to influence those undecided votes, the US, through the NSA, was able to gather key information by using New Zealand spies, allowing Washington to sway the vote in its favor, keeping the commercial whaling moratorium in place.

According to the July 2007 NSA document, "New Zealand had the target access, and collected and provided insightful SIGINT that laid out the lobbying efforts of the Japanese and the response of countries whose votes were so coveted," as reported by The Intercept.

Prior to the vote, an NSA employee in Anchorage visited the hotel hosting the event and retrieved crucial documents outlining the position of the Japanese government, which strengthened the behind-the-scenes negotiations ahead of the referendum.

The document is one of millions released in 2013 by Snowden, a US citizen and former NSA contractor who, appalled at the scope of US covert global surveillance, took the lid off illegal spy practices and forced a reconsideration of the social price of national security in the country.

American intelligence agencies in Washington work closely with Wellington, as the latter is part of the "Five Eyes" program, an intelligence-gathering collaboration between the US, the UK, Canada, Australia and New Zealand.

The specific information contained within the 2007 whaling intelligence operation accessed by the NSA through the cooperation of its counterparts in Wellington is not detailed in the document; however, an NSA employee involved in the covert mission suggested that the spying was worth the effort, and added, "I believe the whales would concur."

000000
Popular comments
I was waiting for it and there it was, right at the end. It's for the whales' benefit of course. LMAO. And in other elections it's for the people's benefit. Always the way with DC PR these days. The UN Charter has been tacitly rewritten by these most remarkable and exceptional altruists the world has ever known. Their messianic mission overrules all known laws of course. Did I say DC is full of s#!t? Moi?