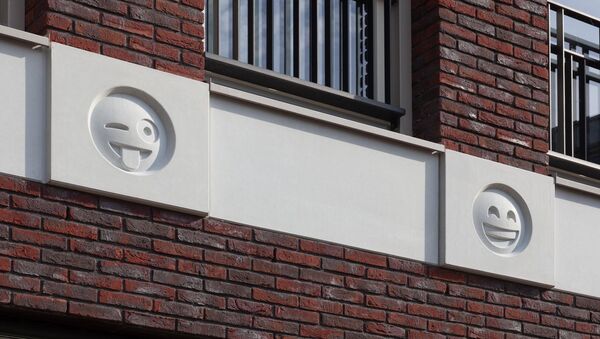 Once upon a time, buildings were decorated with statues, gargoyles or faces of prominent people. Today, smileys have become a sign of the times, and Dutch architects have used emojis to ornament a building in the Dutch town of Amersfoort.

The Dutch company Attika Architekten used faces when decorating a building in Vathorst, Amersfoort, only they were not the faces of kings, scholars or heroes, they were recognizable emojis from the template used by WhatsApp, among others.

The façade of the brick building Plein Rond de Eik sports 22 emoji. However, the faces only appear on one side of the building, which overlooks the town square around a 150-year-old oak. The building itself houses shops on the ground floor and apartments in the rest of the floors. It's also home to a library, a theater, and a school, which might have influenced the choice of using emojis.

"For this project we wanted to add something contemporary, interesting and recognizable on this particular façade for the viewers, as most of them are teenagers going to the school next door," Changiz Tehrani of Attika Architekten told Sputnik. 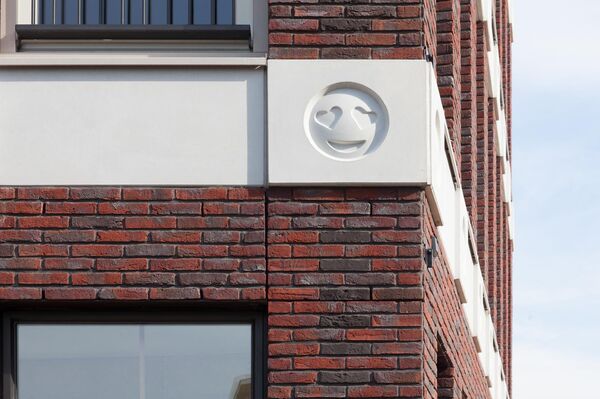 According to Changiz Tehrani, Attika Architekten always tries to understand the context of its projects and customize them accordingly, by using minute details such as decorative fences, catchy phrases, the date of construction or other special touches.

Tehrani suggested that emoticons are the international language of the now, since the entire world communicates with these iconic faces, which are universally recognizable and need no explanation. The idea of using emoticons in urban design is tempting enough and might attract similar-minded lovers of state-of-the-art design.

"I don't know if it will become a trend; our goal was to connect the building with the viewers and not to make a statement," Tehrani told Sputnik. 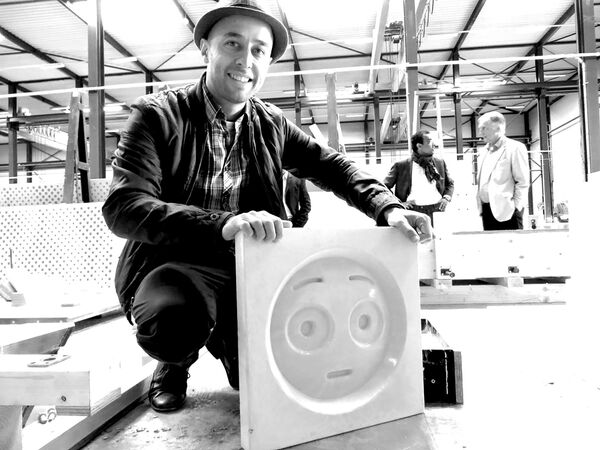 According to Tehrani, locals had contradictory opinions on the unconventional design, while some people have not noticed the smileys at all, because they are subtly placed. Nevertheless, the emoticon-decorated building has triggered broad international interest, which the company did not quite expect.

Attika Architekten has worked on the Center of Vathorst since 2004, when they designed its master plan. At present, the company, which is active across the Netherlands, is busy with the housing project Alkmaar Schelphoek, and with concrete "shell" ornaments, which reflect the history of the place. 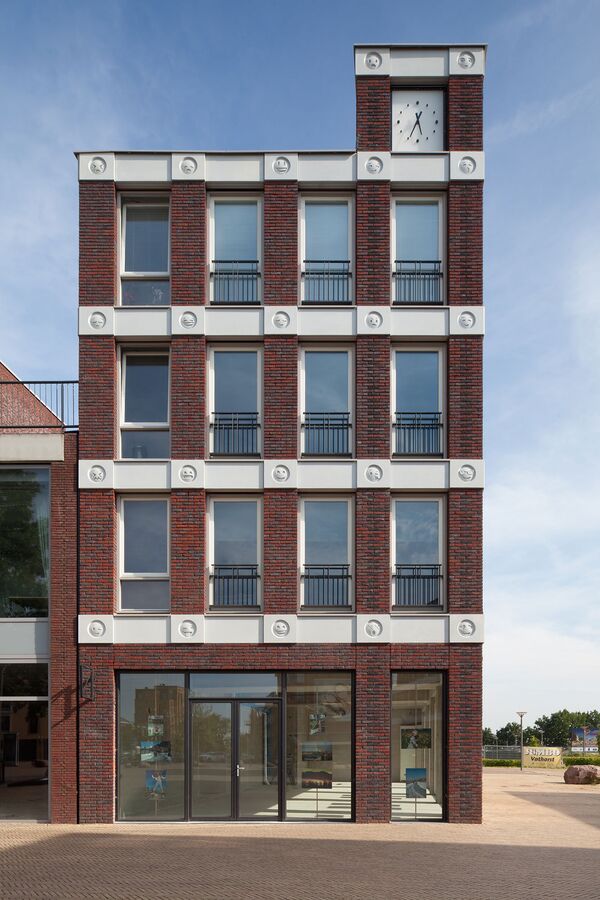