'We Must Know Who's Coming Here': Austria to Extend Border Controls Indefinitely 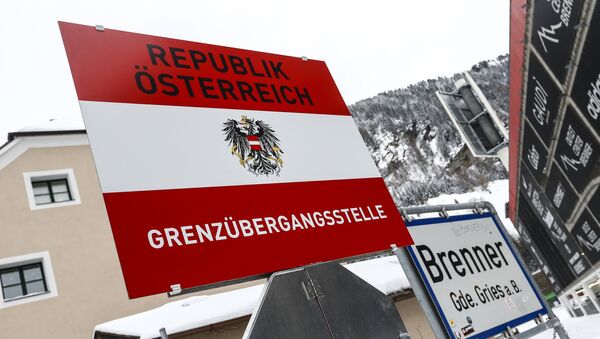 Austrian and German officials admit there is "no end in sight" for border controls within the Schengen area.

Sobotka said that Vienna is being forced to take measures back to the national level because the EU's external borders aren't secure.

"As long as the external borders can't be adequately protected, we will continue to take national measures. For reasons of public order and internal security, I simply need to know who is coming to our country," Sobotka said.

"As things stand at the moment, I expect the European Commission to recommend an extension of border controls."

As the EU's migrant crisis reached a peak in September 2015, Austria was the first country to suspend the Schengen rules which allow for passport-free movement across most of the bloc.

Denmark, Norway and Sweden followed suit after Vienna's closure of its borders with Hungary and Slovenia.

Blow to Schengen as Austria Refuses to Re-Open German Border
In February, the EU Council agreed that Austria, Germany, Denmark, Sweden and Norway should "prolong proportionate temporary border controls for a maximum period of three months."

On Sunday, the Interior Minister of Bavaria Joachim Herrmann said that his state government wants to maintain border controls until at least the end of this year.

Since the turn of the year, around 4,500 illegal migrants have been caught trying to cross the border into Bavaria.

"Today there is still no end in sight," Herrmann told the German newspaper Bild am Sonntag.

"The border controls will continue until at least the end of the year. If we end them, it will be a signal to the whole world: Germany is open again. The people of our country don't want that," Herrmann said, adding that the controls should be maintained "until there is effective protection of the EU's external borders."