Brexit: An Opportunity for the UK to Industrialize 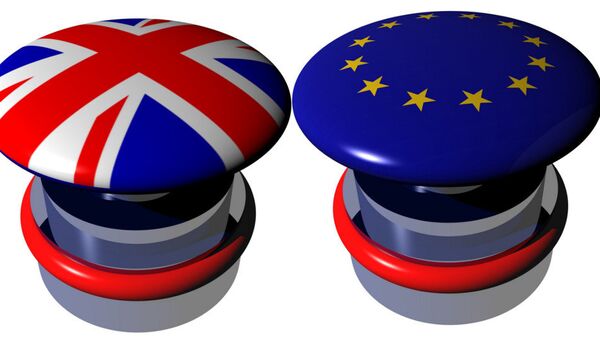 It has been widely speculated by several analysts and advisory bodies that Brexit will have profound effects on the UK economy. It is difficult to accurately predict how the UK will be impacted, as details of its exit with the EU aren't finalized and the UK's general strategy isn't clear.

Theresa May's surprise call for a general election later this year has thrown more uncertainty into the mix, as the new government will be negotiating on the UK's behalf.

"I have just chaired a meeting of the cabinet, where we agreed that the government should call a general election, to be held on 8 June. I want to explain the reasons for that decision, what will happen next and the choice facing the British people when you come to vote in this election," Prime Minister Theresa May said in a statement on April 18. 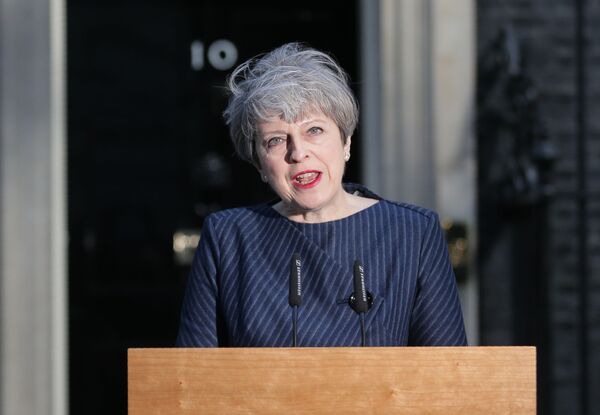 British Prime Minister Theresa May speaks to the media outside 10 Downing Street in central London on April 18, 2017.
© AFP 2022 / Daniel Leal-Olivas

"Despite predictions of immediate financial and economic danger, since the referendum we have seen consumer confidence remain high, record numbers of jobs, and economic growth that has exceeded all expectations," she added, highlighting how the UK had outperformed expectations.

A political party needs to possess a two-thirds majority in the House of Commons to rule without the need for a coalition, and it is unclear if the ruling Conservative party, who won the 2015 general election, will be able to secure such support. A coalition government would complicate matters further.

Tony Blair Urges Britons to Use Snap General Election to Avoid Hard Brexit
The new government will also be instrumental to formulating economic policy to deal with the implications of Brexit. This makes the upcoming election crucial to the future shape and dynamics of Britain's economy and its relationship with the EU, as well as other key international markets.

In the event of a Hard Brexit, it is likely that the EU will impose tariffs and quotas on British exports entering the single market, perhaps causing the UK to implement the same measures in retaliation. The uncertainty brought about by Brexit has caused the value of the British pound to depreciate relative to other key currencies, such as the euro and the US dollar.

If the British pound depreciates further, UK consumers and businesses may find exports unaffordable, especially EU exports, due to the added tariffs.

In some cases, it may be cheaper for the UK to produce such goods domestically, or import them from other trade partners. The government could provide subsidies to industries or firms in order to stimulate production, or they could even opt to operate state-run firms to gain direct control over the production of certain goods.

Such a move would be much more likely if the Labour party was elected, given their current leader's economic position and thinking. These policies will remove or at least reduce inflationary pressures, provided they are able to manufacture alternatives cheaply.

Increasing domestic production could potentially prevent the UK from entering a recession, or at least reduce the severity of it. This should also aid the government in achieving another key macroeconomic objective — low unemployment.

UK Snap Election More Likely to Delay Brexit Talks Than Ensure Stability - MP
Industries that have previously suffered and dwindled due to intense competition from abroad could be revived. This certainly isn't guaranteed, as many key foreign players, who have lower labor and production costs, will still have access to the British market.

Britain's weakening currency will make UK exports more affordable, and thus, more attractive to foreign firms and consumers, especially those outside of the EU trading bloc, as they won't be subject to tariffs and quotas. As a result, we can expect to see the UK targeting its exports at Asia, the US and other areas, while also importing goods which the UK cannot produce, such as certain raw materials.

To some extent, we have already witnessed the UK's weaker currency benefiting our domestic economy, namely the tourism sector, with record numbers of people visiting the UK, as their currency has more spending power on British soil.

As previously mentioned, the terms of the UK's exit deal with the EU, and the result of the general election, will dictate the extent to which Britain's economy is "industrialized."