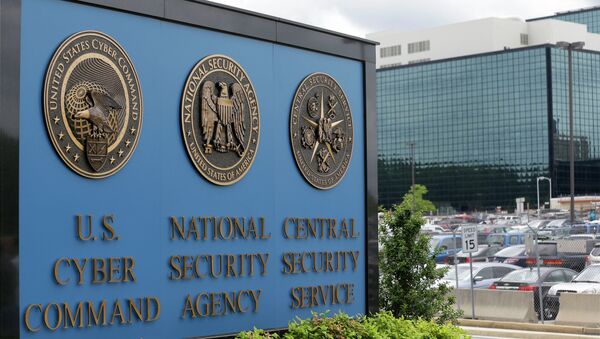 © AP Photo / Patrick Semansky
Subscribe
The Intercept's exposure of the NSA's spying program in Japan has prompted a debate on whether it violated the country's Constitution. Speaking to Radio Sputnik, Japanese lawyer, Igeta Daisuke, expressed concerns over alleged violation of privacy rights of the Japanese.

On Monday The Intercept shed light on Japan's covert cooperation with the US' National Security Agency (NSA) dating back to the 1950s.

Over the years, the US intelligence agency deployed at least three bases in Japan and provided Japanese spies with cutting-edge surveillance tools and shared intelligence. For its part, Tokyo spent more than half a billion dollars on funding the NSA's facilities and operations.

"Strategically, Japan is one of the NSA's most valuable partners. Because of its close proximity to major US rivals like China and Russia, it has been used as a launching pad to spy on those countries," Ryan Gallagher of The Intercept reported, adding that "NSA's operations in Japan are not limited to monitoring the communications of nearby adversaries."

However, the implementation of the NSA's mass surveillance system XKeyscore by the Japanese Directorate for Signals Intelligence (SIGNIT) has become the most controversial issue in the eyes of the Japanese.

According to the NSA, the system is capable of sweeping up data from computer networks and monitoring "nearly everything a typical user does on the internet." The system was brought into the spotlight back in 2013 as part of Edward Snowden's revelations published by the Guardian.

A secret April 2013 document released by The Intercept indicates that the powerful spying tool was provided by the US intelligence agency to the Japanese intelligence service.

Radio Sputnik spoke to Igeta Daisuke of Asahi Law Offices, a Japanese lawyer who specializes in civil liberties cases and asked him to comment on the issue.

Daisuke highlighted that the revelation is very important especially in the light of the fact that Japanese citizens knew nothing about the country spy agency's capabilities of gathering surveillance on almost every Japanese resident.

False Flag Attack: Ex-CIA Officer Unravels Idlib Chemical Incident
Although the leaked documents showed that the NSA "lent" the system to the Japanese government "for training" for "only three days," it cannot be excluded that the system could have been potentially used against the Japanese citizens.

Daisuke pointed out that there is no legal framework in Japan for the use of a surveillance system targeting the country's citizens. However, in such a case one "can file a lawsuit against the government because of the violation of [Japan's] Constitution," that protects privacy rights.

"I think that surveillance activities [described] in the article may violate our privacy rights in the Constitution," the Japanese lawyer told Radio Sputnik.

Right now it is difficult to hold the Japanese government accountable given the lack of evidence on the issue, Daisuke noted. However, he believes that it is likely that more NSA documents will emerge unveiling Tokyo's spy activities inside the country.

He referred to the fact that Japan's national public broadcasting organization NHK which is working in partnership with The Intercept dropped the hint that new documents are likely to make their way out soon, providing more details about covert NSA-Japanese collaboration.

000000
Popular comments
NSA is a racket run by thieves and crooks and murderers. They know everything but claim to know nothing? ISIS is Al-Queda run by CIA everybody knows that.