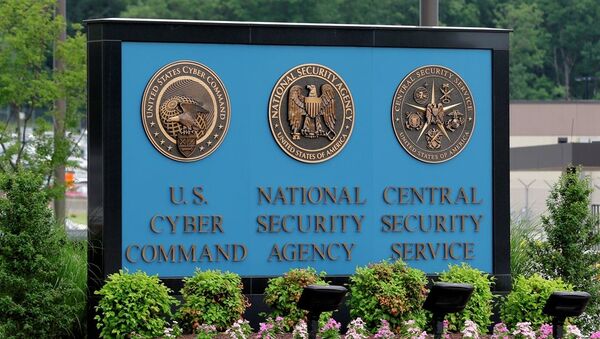 © AP Photo
Subscribe
A 62-foot-diameter blimp deployed by the US National Security Agency was able to “intercept international shipping data emanating from the Long Island, New York, area” after taking flight from Solomons Island, Maryland, according to a classified NSA document published on Monday.

Blimps may seem innocuous enough: after all, if the point of espionage is to keep the person being spied on from knowing it, perhaps you wouldn’t house your operation in a massive, helium-inflated balloon.

Per the 2004 NSA document, part of a trove of NSA internal newsletters that The Intercept is releasing in batches, the aerostat, dubbed the Hover Hammer, “hovers” above the range small arms fire can reach. The 13-year-old document also celebrated that the blimp “has a negligible IR [infrared] signature, and radar can’t detect it.”

Top NSA Official: US Surveillance Program Should Have Been Disclosed to Public

“More experiments, including the use of onboard imagery sensors, are being conducted,” the report said. Great news for privacy advocates or readers of George Orwell’s prescient "1984," which depicts a totalitarian state in which Big Brother can see basically everything everyone does at all times.

The extent of the intelligence community’s capabilities to manifest Orwell’s dystopia cannot be known for sure: Washington’s 17 intelligence agencies and armies of contractors take pains to ensure this information remains available exclusively to those with security clearance.

According to The Intercept, the Hover Hammer was equipped with spy equipment “which can intercept wireless communications, including cell phone calls.”

Blimp airships have been the target of significant investment in recent years. Raytheon in particular accrued $1.8 billion over a nine-year period from 2006 to 2015 for its Joint Land Attack Cruise Missile Defense Elevated Netted Sensor System, abbreviated as JLENS, or simply, the Spy Balloon, which was tested over Maryland, though without cameras and recording equipment, a military representative told local media in 2015.

In 2013, the US Army sold a “Long-Endurance Multi-intelligence Vehicle” back to its UK-based producer for $301,000, or about 1 percent of the total development cost of the program, according to a Flight Global report. The program was shuttered after a Government Accountability Office report stated the LEMV was 12,000 pounds overweight and could only fly at 20,000 feet for a period of four or five days.

At the time, spy blimps were championed as aircraft that would “shape the future” and offer an “persistent unblinking stare” from the sky.

You know what else has a “persistent, unblinking stare”? The dead.