The Apple Falls Hard: Uber Tried to Track Users Even After App Deletion 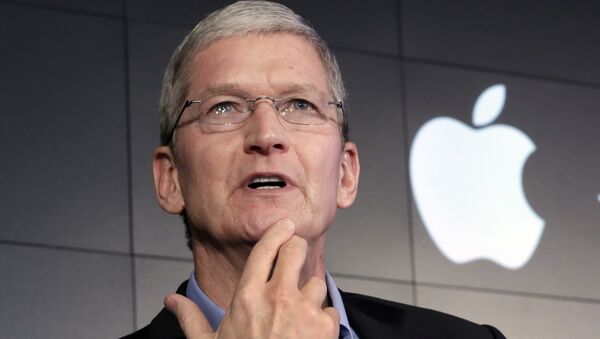 © AP Photo / Richard Drew
Subscribe
Apple CEO Tim Cook threatened to have the Uber iPhone app removed from its store in 2015 after learning the ever-controversy embroiled ride-sharing company had found a way to identify and track individual iPhones, even when the app was deleted from a phone, it has been revealed.

Uber Chief Executive Travis Kalanick is a businessman who has demonstrated a consistent willingness to bend and break rules to get his company to the top, even if it means falling foul of other companies as well as industries, regulators and politicians. To his credit, the attitude has produced stratospheric results for the firm, cementing Uber's position as a top transportation provider the world over, and pushing established taxi sectors to breaking point.

@LudoTC @Charliemagne If the Uber app is taken down, they will struggle

However, his cavalier approach has produced serious problems for the company on many occasions. Its issues with Apple, hitherto undisclosed, stemmed from the firm's difficulties in breaking into China. Uber devised a way to identify an individual iPhone, even after its app had been deleted from the phone, or if the phone had been reset. The practice, called fingerprinting, is prohibited by Apple and other tech providers, as it theoretically allows companies to continue to sell individuals' data and target them even when they have opted to rid themselves of a particular service.

Right, time to hold to account: some of you know the developers who implemented the iOS geofence/tracking @ Uber. Who are they? aral@ind.ie

Nonetheless, Apple eventually discovered the activity, triggering a meeting between the two companies' respective CEOs, in which Cook told Kalanick to end the practice on pain of the app being erased from the App Store, a move that could've proven fatal for Uber.

Kalanick is said to have been shaken by Apple's admonishment, and the practice was summarily ended permanently.

In January 2017, the company also terminated its quest to penetrate China, selling its infrastructure to regional competitor Didi Chuxing.

In a statement, the company said it "absolutely" did not track users, if and when they deleted the app from their phone, and in fact tracking of prior users was done as a security measure.

"This is a typical way to prevent fraudsters from loading Uber onto a stolen phone, putting in a stolen credit card, taking an expensive ride and then wiping the phone-over and over again. Similar techniques are also used for detecting and blocking suspicious logins to protect our users' accounts. Being able to recognize known bad actors when they try to get back onto our network is an important security measure for both Uber and our users," the company said.

Uber has endured a bruising 2017, and there is little suggestion of the pain easing in future.

In April, Sherif Marakby, the firm's Vice President of Global Vehicle Programs and a key orchestrator of its self-driving vehicle program, quit the firm for undisclosed reasons. He followed in the footsteps of the firm's Vice President of Product and Growth, Head of Communications and Head of Artificial Intelligence Labs, who all quit in the first months of 2017. Not long prior, the company was banned from Italy for "unfair business practices." 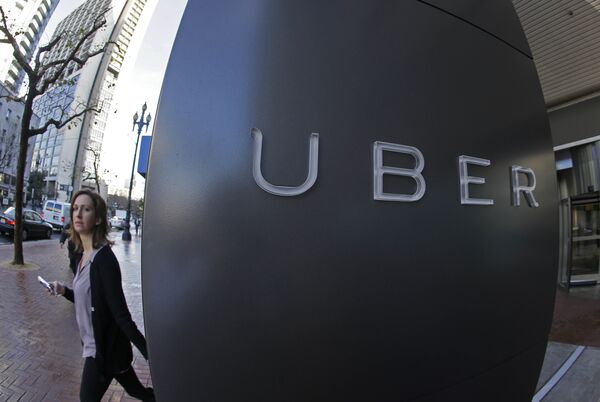 In February, Google's parent company Alphabet sued Uber, accusing the firm of stealing its technology. Mere days prior to that filing, a former Uber engineer made serious allegations of sexual harassment and discrimination at the company offices, claiming management repeatedly dismissed her complaints, protected a repeat offender and threatened to sack her for raising concerns.