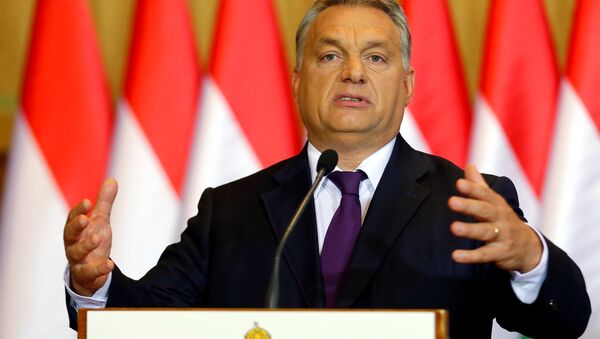 EU First Vice-President of the European Commission Frans Timmermans is holding talks with Canadian academic and former politician Michael Ignatieff, President and Rector of the Central European University (CEU) to discuss Hungary's new law which critics says is set to put the university out of business.

The Hungarian Parliament, April 4, passed a motion effectively preventing the CEU — founded by Hungarian-born billionaire George Soros — from operating as an educational institution in the country. It brought an immediate backlash from academics and politicians, who said it was a deliberate act to silence Soros, who has been critical of Hungarian Prime Minister Viktor Orban.

Dear @M_Ignatieff, all pro-European groups stand united to back your fight for academic freedom in Hungary! See you tomorrow in @Europarl_EN https://t.co/oNe64FuJPc

​Orban said, March 31, that the "Soros university" has an "unfair advantage" over Hungarian universities in that it can award both a Hungarian diploma and an American one.

"The legislation was introduced without consultation with CEU or with necessary Hungarian authorities and thus violates elementary standards of due process observed in any democratic country. The legislation is targeted at an American institution in a flagrantly discriminatory manner," the CEU said in a statement.

"The legislation seeks to make it impossible for CEU to offer American-accredited masters and doctoral degrees, as it has done with the full agreement of Hungarian authorities for many years."

A Message from CEU President and Rector Michael Ignatieff https://t.co/1n9RPUdTvm

​Members of the European Parliament are calling on the EU Commission to investigate the affair and possible launch action under Article 7 of the Treaties of Europe as they believe Hungary — an EU member state — is in breach of the Rule of Law principle on which the EU is founded.

​A group of eleven senior US senators, led by Connecticut's Chris Murphy, April 20, sent a letter to Hungarian Prime Minister Viktor Orban urging him to work with CEU to find an acceptable solution that allows the University to continue operations in Budapest.

"As you know, the legislation includes a requirement that foreign-accredited universities operate a campus in their own countries. It includes exceptions that would apply to the other 27 international universities in Hungary, so that in the end it applies solely to CEU. This legislation threatens academic freedom and disregards the longstanding relationship Central European University has with the Hungarian people," the letter said.

Timmermans is hoping his meeting with Ignatieff will put further pressure on Orban in the wake of condemnation from MEPs and academics around the world.