Police Use Smoke Pellets, Moving Toward Protesters in Center of Paris (VIDEO) 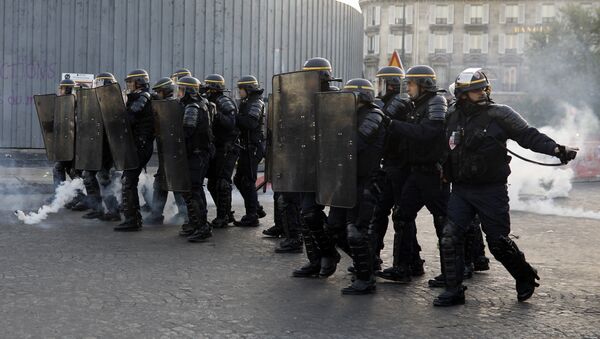 French police used smoke pellets and is moving toward protesters who started to break the fences at the Place de la Bastille in the center of Paris, a Sputnik correspondent reported from the site. After that, police started dispersing protesters.

Currently, a protest is held in the French capital. It comes after the voting stations closed in the country as French citizens were voting to elect their next president.

According to a Sputnik France correspondent, a girl was injured in her neck during the protest. The injured person is lying with police officers providing him with medical assistance trying to stop the bleeding.

Similar to Sunday's protest, a rally against the election dubbed "The Night of the Barricades" was held on Saturday. Over 2 thousand participated in the rally. The police dispersed protesters with tear gas.