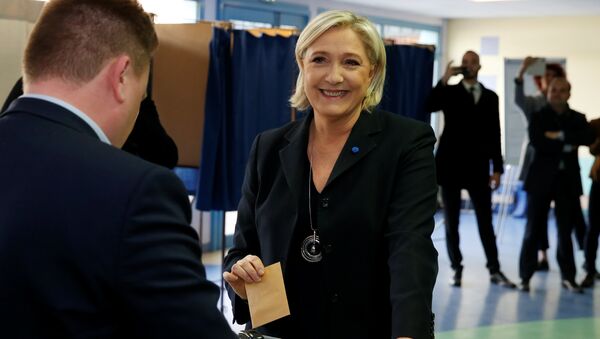 Meanwhile, the French TF1 broadcaster reported that both Macron and Le Pen gain 23 percent of votes in the first round of the French pelection, thus, make it into the second round of voting. The media outlet also suggested that Melenchon and Fillon would both get 19 percent.

What French Presidential Candidates Think About Russia
Exit polls conducted by a Belgian broadcaster have showed earlier in the day that Le Pen and Macron run neck-and-neck with the latest showing that the independent candidate may get some 26 percent of votes, while 23 percent of French citizens support the National Front leader.