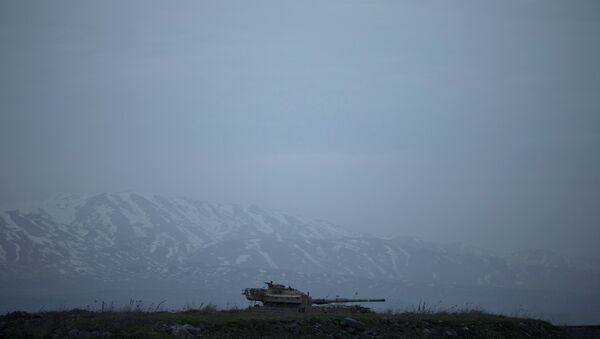 No Casualities Reported Amid Syrian 'Projectile' on Golan Heights - IDF
MOSCOW (Sputnik) — The NDF base was attacked on Sunday in the Naba al-Fawwar area of the Syrian Quneitra province in the Golan Heights, the Times of Israel newspaper reported.

The Syrian Observatory for Human Rights monitoring group confirmed the attack, according to the newspaper.

On Friday, the Israeli combat planes delivered a missile strike on Syrian army positions in the Khan-Arnab area in Quneitra province causing material damage, a Syrian military source told Sputnik. The IDF said that a total of three rockets launched from the Syrian territory fell on the Israeli-controlled part of the Golan Heights, causing no injuries.