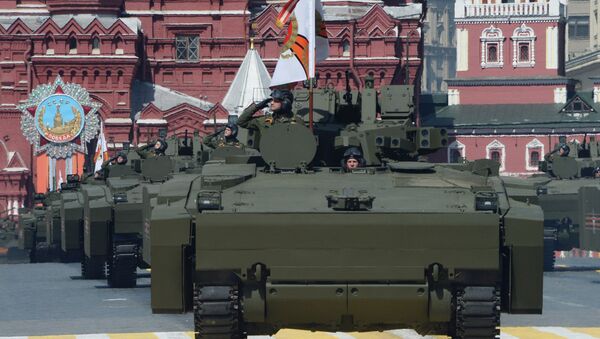 © Host photo agency
/
Go to the photo bank
Subscribe
In the walk-up to the 72nd anniversary of the Soviet Victory over Nazi Germany, Russia’s Defense Ministry has published a list of the top-of -the-line military hardware it is going to roll out during the May 9 parade on Red Square in Moscow.

Air defense weapons specifically designed for use in the Arctic will be showcased for the first time on May 9.

These are Pantsir-SA and Tor-M2DT short range missile and cannon systems, both mounted on DT-30 Vityaz two-unit ATVs that have considerably improved the missile systems’ cross-country capability. 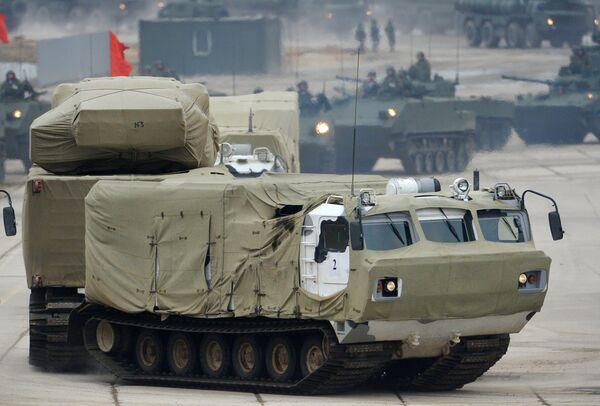 The Top M2 anti-air missile system on the basis of the all-terrain vehicle DT-30, at the Victory Day joint training drills of a combined parade unit, mechanized column and lineup of aircraft.
© Sputnik / Evgeny Biyatov
/
Go to the photo bank

The Pantsir-SA and Tor-M2DT will be the only types of military hardware to roll across Red Square donning winter camouflage.

Traditionally wrapping up the May 9 parade will be the legendary Strizhi (Swifts) and Russian Knights aerobatic demonstration teams of the Russian Air Force.

While the Swifts will be flying the workhorse MiG-29 fighter jets, the Russian Knights will be showcasing a squadron of the all-new Su-30SM heavy fighters they got as recently as last fall. 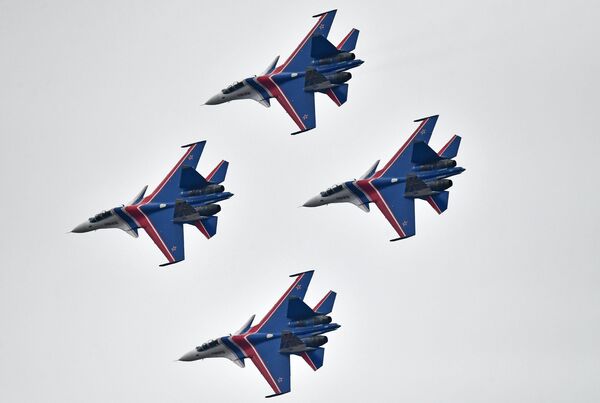 The Su-30SMs are easier to fly than the Su-27s the Knights used before. The planes’ AL-31FP variable vector engines enable complex aerobatic stunts look flipping easy.

The Su-30s have proved extremely efficient during Russia’s aerial campaign in Syria where they provide escort and cover for the Russian bombers and ground-attack planes fighting there.

The Bal and Bastion coastal defense missile systems will be showcased for the first time during the May 9 parade in Kaliningrad. These mighty weapons, which entered service with the Baltic Fleet just a few days ago, use advanced Kh-35 and Onix missiles to effectively take out enemy surface ships up to 500 kilometers (310 miles) away. Similar systems are currently on combat duty also in Crimea and on the Kuril Islands in the Far East. 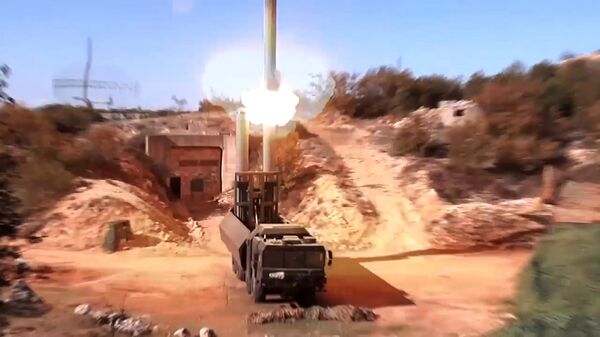 Launching Oniks cruise missiles from the Bastion mobile coastal defence missile system at the targets of illegal armed groups in Syria. (A still from the video provided by the Rusian Defense Ministry. Maximum possible resolution).
© Sputnik / Ministry of defence of the Russian Federation
/
Go to the photo bank

Together with S-400 air defense missile systems and Islander tactical ballistic missiles, the Bal and Bastion coastal defense systems are able to make certain parts of the world completely off limits to the enemy.

The Bastions can engage ground targets as well. On November 2015, they delivered a missile strike on a terrorist base in Syria.

In another break from the past, members of the Youth Army patriotic movement will parade on Red Square in Moscow. Founded on October 29, 2015, this scion of the Defense Ministry, the Volunteer Society for Cooperation with the Army, Aviation, and Fleet (DOSAAF) and the Central Army Sports Club, the Youth Army comprises over 30,000 members aged 11-18. 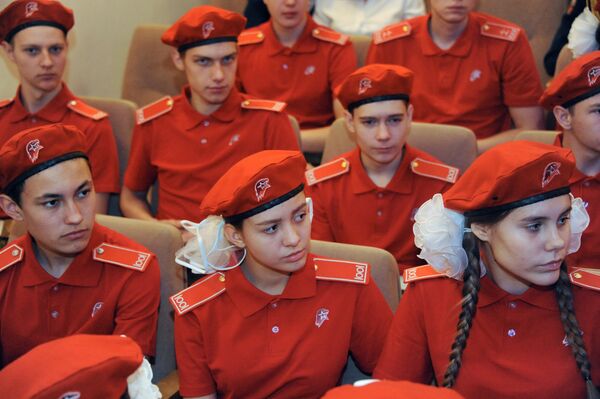 Participants of a meeting of the regional branch of the Yunarmiya nationwide military patriotic movement at the museum of the Trans-Baikal Territory Officers' Club military-patriotic education center in Chita.
© Sputnik / Evgeny Yepanchintsev
/
Go to the photo bank

Many of the Youth Army members, dressed in paramilitary uniforms and donning bright-red berets, will march across the central squares of Moscow, Khabarovsk, Nizhny Novgorod and other Russian cities.

Members of the 61st Marine Brigade of the Northern Fleet, based in the northern Murmansk region, will also have their first ever chance to march on Red Square in Moscow.

It yet another first, the T-72B3M tanks will rumble across the Red square’s cobblestones on May 9.

Although it is already a veteran fighting machine, the T-72 will remain, together with the T-90, Russia’s main battle tank until replaced by the state-of-the-art Armata tanks, which premiered during the 2015 Victory Day parade in Moscow. 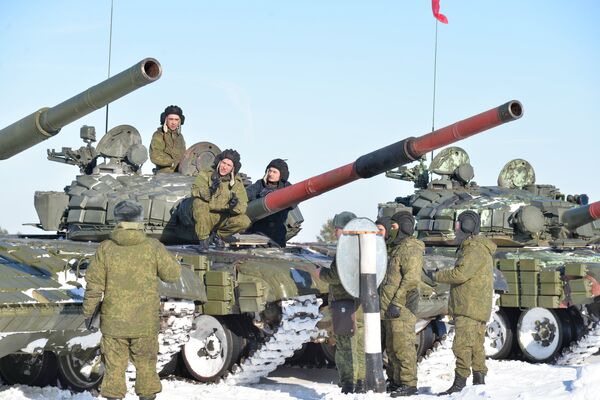 The second stage of Tank biathlon contest between T-72B3 tank crews at the Pogonovo training ground in the Voronezh Region.
© Sputnik / Uliana Solovyova
/
Go to the photo bank

As all T-72 series MBTs, the T-72B3M is fitted with a carousel automatic loader mounted on the turret floor and also on the rear wall of the turret. A new gun was added including an upgraded stabilization system and auto loader. The T-72B3M / T-732B4 is motorized with a new 1,130 hp engine.