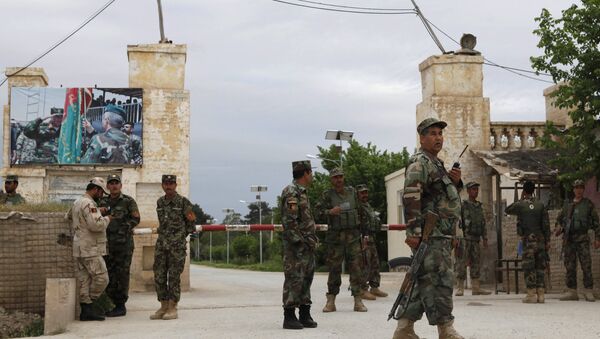 MOSCOW (Sputnik) — The number of deaths of Afghan soldiers, caused by the attack of the terrorist movement Taliban (outlawed in Russia) on the Afghan army base in country’s northern province of Balkh, has risen to some 135 soldiers, local media reported Saturday, citing an Afghan official.

Taliban Claims of Attack on Bagram Air Base During Carter Afghan Visit ‘False’
On Friday, US Central Command (CENTCOM) spokesperson Col. John Thomas said that over 50 individuals, among them soldiers and civilians, were killed when the Taliban terrorists stormed the Afghan National Army's 209 Shaheen Corps Headquarters and attacked individuals in the base’s mosque during prayers.

The number of deaths has risen to some 135 soldiers, while at least 60 soldiers were injured, some of them are currently in critical condition, the TOLOnews outlet reported, citing a government official.

Other media reports suggest that the death toll rose to 140 people, while the Afghan Defense Ministry confirmed on Friday that over 100 individuals died in the attack.