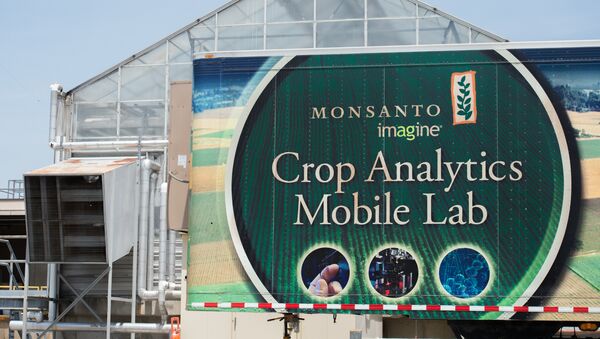 Last week, a federal judge in San Francisco unsealed documents that suggest that Monsanto, the leading producer of genetically modified seeds, knew about the genotoxic effects of glyphosate that might, in particular, cause cancer.

The company is accused of environmental crimes, as well as other violations that could be potentially dangerous for human health.

Given the controversial activities of the enterprise, activists from several countries organized a kind of unofficial court to investigate the case. Various organizations and political activists decided to hold a trial, with five lawyers from Argentina, Belgium, Canada, Mexico and Senegal questioning 30 witnesses and making a sixty-page report in October last year.

The goal of the tribunal is to obtain legal proof, which in the future could be used as a basis for legal proceedings against the chemical giant.

According to the initiator of the tribunal, René Lehnherr, the dominant position of Monsanto is a source of extremely serious problems in the field of ecology, biological diversity and respect for human rights.

"In general, we can summarize that the judges found Monsanto guilty of violating all six legal provisions that were submitted for consideration," he said in an interview with Sputnik Germany.

They, in particular, include the violations of the right to a friendly environment, health, food, freedom of speech and research, as well as the participation in a war crime.

The last point refers to the possible use of the Agent Orange poison during the Vietnam War. According to Lehnherr, the offense can be called an ecocide, namely a crime against nature, but in judicial practice there is yet no punishment for such a crime.