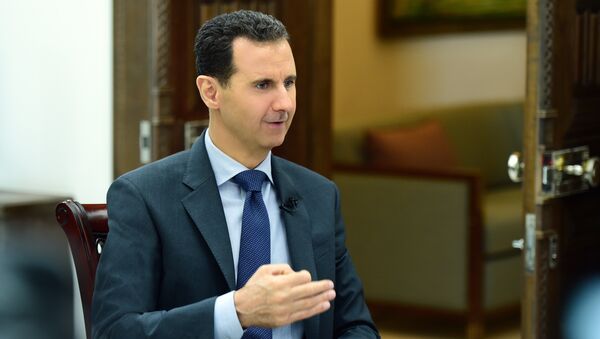 © Photo : Press Service of the President of Syria
Subscribe
Damascus is 100% certain that terrorists get chemical weapons directly from Turkey, Syrian President Bashar Assad said in an interview with Sputnik.

New Provocations Similar to Alleged Idlib Incident Possible in Syria - Assad
On April 4, the National Coalition for Syrian Revolutionary and Opposition Forces claimed that 80 people were killed and 200 injured in a suspected chemical attack in Khan Sheikhoun, putting the blame on the Syrian government. Damascus vehemently rejected the accusations and said militants and their allies were responsible.