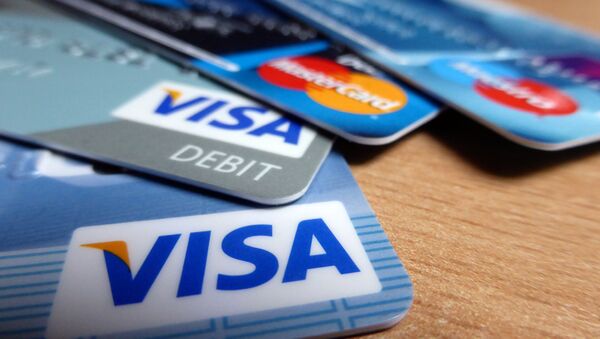 In its recent report, the International Monetary Fund (IMF) proposed to abolish cash and recommended to adopt measures in order to restrict its use. In an interview with Sputnik Germany, former head of the Federal Association of German Industry (BDI) Hans-Olaf Henkel said that this "could lead to terrible consequences."

Henkel believes that one of the main reasons behind this proposal is the desire of financial institutions to force people to keep their money in banks.

"The European Central Bank (ECB) does not want that depositors to keep their money under the pillow. If any bank in Europe goes bankrupt, then depositors have a guaranteed right that the state will return them the amount of up to 100,000 euros. But not more," the economist told Sputnik Germany.

So, if a bank goes bankrupt, people who have savings of over 100,000 euros will remain with nothing. Thus, many keep their cash not in banks, Henkel argued.

Turkish Deputy PM Scolds IMF Growth Forecast Downgrade
According to him, the banks want to abolish cash to regain access to the money that people keep at home.

Financial institutions, including the European Central Bank, also justify this measure with the fact that it would help combat organized crime. However, Henkel doubts this explanation.

"Since when is the European Central Bank responsible for combating crimes?" Henkel asked.

The IMF report did not offer any direct instructions with regard to the issue, but recommended to adopt measures aimed at restricting the use of cash in various operations.

According to Henkel, cash is also important in social terms, especially for young people.

"If they go to a party with 20 euros in their pockets and at some point notice that they have only two euros left, they won't drink anymore. And if they pay only with a credit card, they will never know the value of money," the expert concluded.