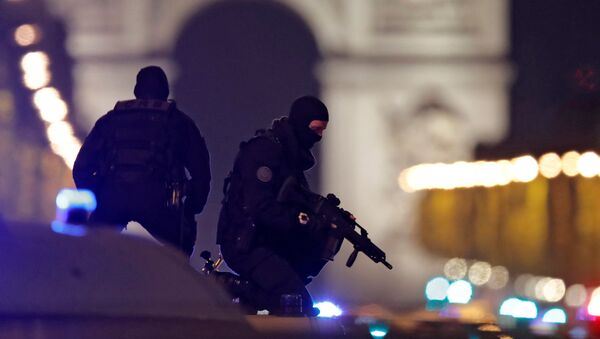 At 9pm on April 20, terror struck once again in the heart of Paris. A gunman opening fire on a police van parked on the French capital's landmark avenue, the famed Champs-Elysees, slaying an officer and injuring two more. The country now moves to elect a new President amidst a potentially toxic climate of political uncertainty and fear.

Authorities are unequivocal in labeling the attack terror-related, and if correct, its timing — a mere three days before the election's first round — can only have been deliberate. Whether or not the shooting was deliberately intended to influence the terms and tone of the election, and perhaps impact its outcome, there can be little doubt that it will — the only question is how. 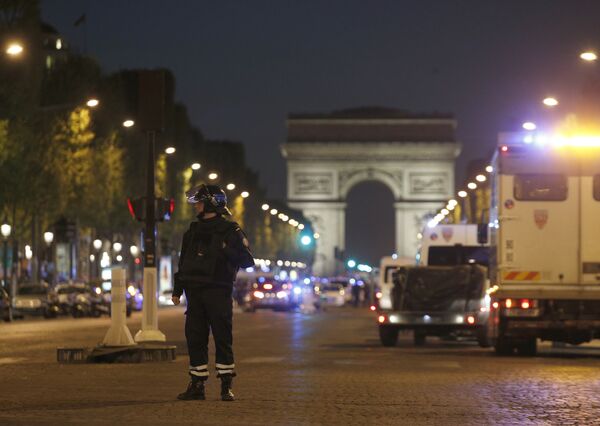 Whether by accident or design, the shooting also took place in the midst of the final televized debate between all 11 candidates — and was immediately elevated to a campaigning issue by several candidates.

Canada stands with France, as we always will, against terror. Our thoughts are with those affected by today's attack in Paris.

Francois Fillon, who has positioned himself as a hardliner on security, said fighting terrorism "must be the priority" of the next president, and that all suspects on the security services' watch list (which the attacker was) should be arrested; Emmanuel Macron said a president's job was to protect, and he was ready — and wanted — to protect the French people; Marine Le Pen said the attack demonstrated "all is not done" to protect our citizens; Jean-Luc Melenchon promised criminals would "never remain unpunished and their accomplices will never be forgotten." 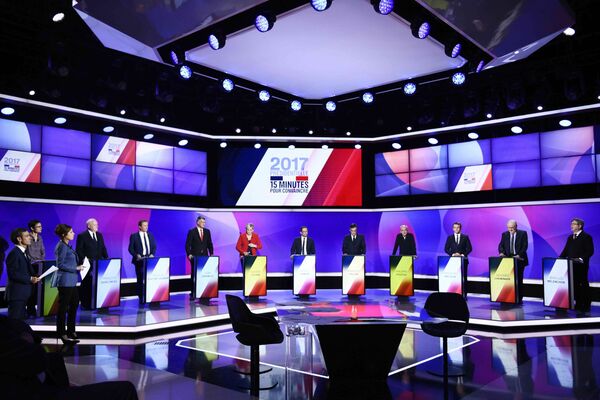 Nonetheless, in practical terms, the strike called an abrupt halt to campaign activities, with several candidates rushing to cancel meetings planned for April 21 — many of which had been booked mere hours previously.

With polls indicating the four frontline candidates — Fillon, Le Pen, Macron and Melenchon — are virtually level pegged, a quarter of voters are still undecided, and pollsters suggesting no candidate is assured a place in the May 7 second round runoff, presidential hopefuls had been seeking to maximize their rallying right down to the wire.

Given her tough stance on immigration, and her repeated condemnation of the alleged "Islamification" of France and Europe, Le Pen might seem an obvious beneficiary of the attacks. On April 14, she pledged to deport all 10,000 individuals suspected by security services of having connections with Islamist elements the day after she was elected.

If the attack does boost her ratings, that may be a welcome, if morbid, development for the Front National candidate, given analysts have suggested her campaign has been losing steam, and polling suggests she would lose against any other frontline candidate in second round voting. However, historical precedents suggest such a boost is far from a done deal — in 2015, her party came top in the first round of regional elections, just three weeks after the Paris attacks, but in the end it failed to win any regions in the second round. 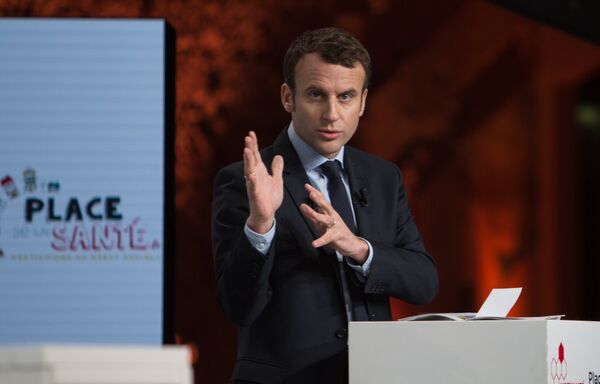 Former French Minister of the Economy Emmanuel Macron who runs for French president presents his healthcare and social security program to the National Federation of French Mutual Insurance in Paris.
© Sputnik / Irina Kalashnikova
/
Go to the photo bank

Conversely, the attack may be damaging for Macron, who has been accused of weakness on defense, primarily for advocating a more rational, conciliatory approach to relations with Russia. With even far-left Melenchon taking a more hawkish tone on terror in the debate and since, Macron may find himself a lone voice calling for calm and rationality.

What seems certain is the state of emergency France has been subject to since the November 2015 Paris attacks that killed 130 will be extended. The shooting came but two days after men were arrested in Marseille on suspicion of planning an "imminent" attack.