US Will Seek the Arrest of WikiLeaks Founder Julian Assange - Report 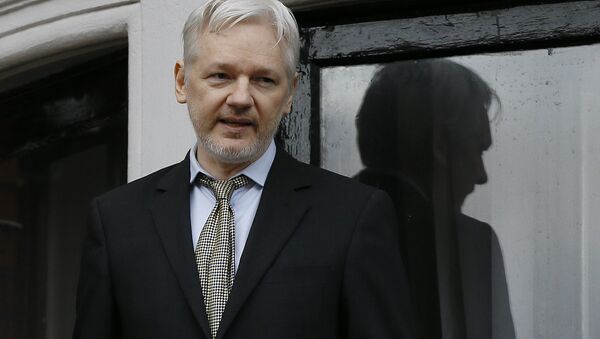 US officials have told CNN that they have prepared charges against Assange.

The move follows CIA Director Mike Pompeo's recent speech stating that First Amendment protections did not apply to Assange, and that WikiLeaks was a "non-state intelligence service." "Julian Assange has no First Amendment freedoms," Pompeo said.

According to the CNN report, prosecutors believe they have found a way to charge Assange without violating First Amendment protections. On Thursday, US Attorney General Jeff Sessions said Assange's detention was a "priority."

"We've already begun to step up our effort and whenever a case can be made, we will seek to put some people in jail," Sessions noted.

The Washington Post reports that prosecutors have been crafting a memo envisioning charges against WikiLeaks staff that could include conspiracy, theft of government property or violations of the Espionage Act. Officials told them that the memo is not yet complete and that approval would be needed at the highest levels of US justice to bring charges to bear.

On April 13, Pompeo launched a public assault on WikiLeaks, Assange, Edward Snowden and even the Intercept. During the speech, Pompeo tried to associate Assange with German Nazis, stating "Assange and his ilk make common cause with dictators today." Less than one year before his comments, Pompeo tweeted from his Congressional Twitter account a link to documents published by WikiLeaks.

Assange defended himself and WikiLeaks as an award-winning news outlet, pointing out that the CIA might better spend its time and energy focusing on foreign espionage threats posed by China and North Korea.

Assange is currently in London at the Ecuadorian embassy.

According to Assange's legal counsel, "there's no reason why WikiLeaks should be treated differently from any other publisher."

On the campaign trail, Trump famously proclaimed, "I love WikiLeaks!"