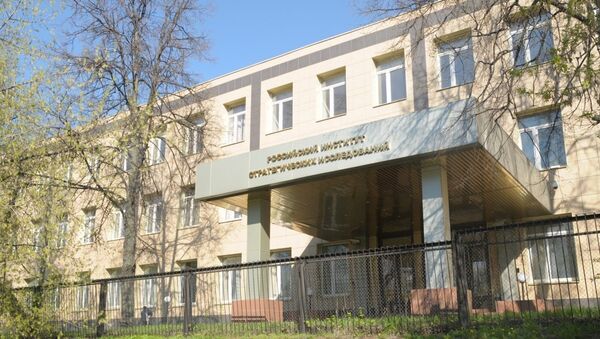 Russian Institute for Strategic Studies (RISS) director Mikhail Fradkov has refuted the accusations made against the think tank regarding its alleged interference in the recent US election, adding that RISS experts do not engage in such information campaigns.

MOSCOW (Sputnik) — On Wednesday, the Reuters news service cited three current and four former US officials alleging that RISS circulated two "confidential documents" ahead of the November 2016 vote. The June and October documents, which were reportedly obtained by the US intelligence community, were described as a "plan to swing" the US presidential election.

"It looks like those behind the publication in their conspiratorial minds substituted the reality with the desired fantasies in order to attract public opinion to the issue of Russia's 'participation' in the US pre-election campaign, which is leaving the public spotlight. The attempt to involve RISS as an accomplice is failed in its essence," Fradkov said in a statement published on the institute's website.

Fradkov stressed that RISS is a respected think tank with qualified experts, who do not get involved in such information operations.

Russophobic Hackers? Russian Foreign Ministry Under Cyber-Attacks From US
According to Reuters, the first document allegedly recommended that the Kremlin initiate a propaganda campaign on social media, and that Russia's state-run media persuade US citizens to vote for a candidate less critical to Russia than former US President Barack Obama.

The second document reportedly said that Democratic presidential candidate Hillary Clinton had greater chances to win the election. As such, the paper allegedly called on the Kremlin to change the course of the campaign and intensify the information flow to undermine the US electoral system's legitimacy and damage Clinton's image and reputation, the media outlet reported.

According to the publication, the Obama administration's conclusion that Russia meddled in the election process and accusations of cyber attacks against Clinton's campaign staff were mainly based on these documents. Russian officials have repeatedly denied Washington's accusations.