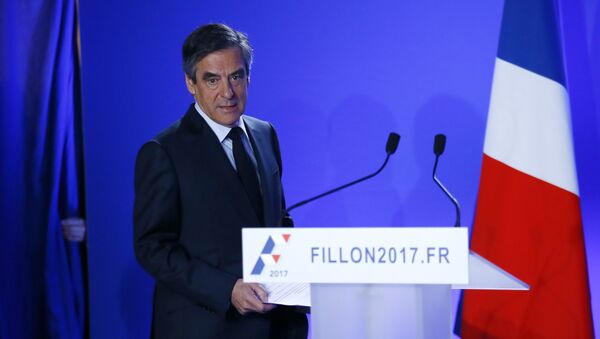 © AP Photo / Francois Mori
Subscribe
French presidential candidate Francois Fillon said that Russia will never leave its historic peninsula of Crimea, so it is "futile" for the West to demand Moscow to abandon the region which holds the nation's cultural roots.

Fillon: Le Pen in Presidential Run-Off Would Prove 'Things Are Not Going Well'
PARIS (Sputnik) – Russia will never leave its historic peninsula of Crimea, so it is "futile" for the West to demand Moscow to abandon the region which holds the nation's cultural roots, French presidential candidate Francois Fillon told Le Figaro newspaper in an interview published on Thursday.