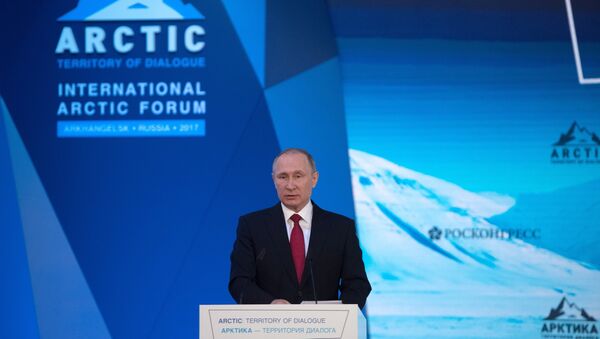 The revision of history leads to the erosion of of the pillars of today's world order, which were built after World War II, Russian President Vladimir Putin said.

MOSCOW (Sputnik) — Falsification of history leads to disunity in the world and is fraught with huge risks, Russian President Vladimir Putin said at a meeting of the Pobeda (Victory) Committee.

"Of course, unfortunately, there are other approaches to history, when they try to turn it into political and ideological weapons. We see the risks of a cynical attitude toward the past. How the falsification and manipulation of historical facts leads to the disunity of countries and peoples, to the emergence of new dividing lines, creating the image of an enemy," Putin said.

"Some countries have taken the path of glorifying Nazism and providing justification for Nazi collaborators, which is especially dangerous. Not only does it abuse the memory of the victims of Nazi crimes, but it fuels nationalistic, xenophobic and radical forces," he added.

Putin noted that the "revision of history actually paves the way for the reconsideration of the pillars of the world order, erosion of key principles of international law and security formed after World War II".

"It has been already said that this is fraught with great risks for all of us," the president said.

According to Putin, Russia maintains that "history, however complicated and controversial it can be, should not pit peoples at one another and should help them avoid mistakes and facilitate good neighbourhood."