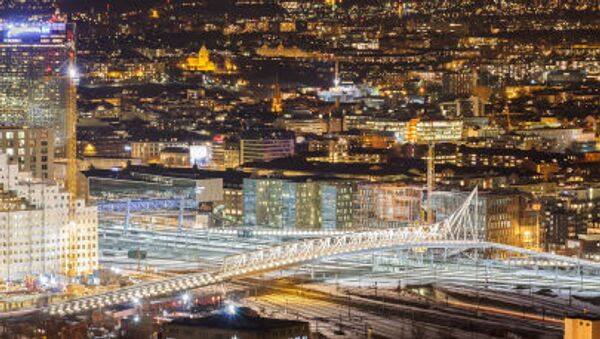 Negotiations on a free trade deal between the European Free Trade Association (EFTA) and the Moscow-led Russia-Belarus-Kazakhstan Customs Union (RuBeKa) may possibly resume given a favorable political situation, Norwegian Minister of Trade and Industry Monica Maland told Sputnik on Thursday.

MOSCOW (Sputnik), Anastasia Dmitrieva — Norway-initiated talks between the two trade blocs began in 2011 but were halted in March 2014 by the EFTA delegation amid the Russian-European rift that followed the outbreak of the Ukrainian crisis and Crimea's reunification with Russia. EFTA countries imposed sanctions on Russia alongside the European Union.

"As for negotiations for RuBeKa, these talks are still frozen … We continue to monitor the situation, with a view to possibly resuming negotiations when the political situation allows," Maland said after a meeting of a Norwegian-Russian joint economic commission in Moscow.

She added that there was so far no progress in efforts to restart the talks aimed at facilitating free trade and boosting mutual investments between the two blocs.

Backfire: Sanctions Against Russia Cost Italy Up to $4.3Bln – Italian MP
Norway initiated talks on closer ties between EFTA, which includes Iceland, Liechtenstein, Norway, and Switzerland, and RuBeKa, which makes up the core of the Eurasian Economic Union (EAEU), back in 2007. The last round of talks was held in January 2014 with the sides discussing sanitary and phytosanitary issues, property rights, government procurement and market competition.

The Customs Union of Belarus, Kazakhstan, and Russia was established on January 1, 2010 to facilitate trade between the countries.