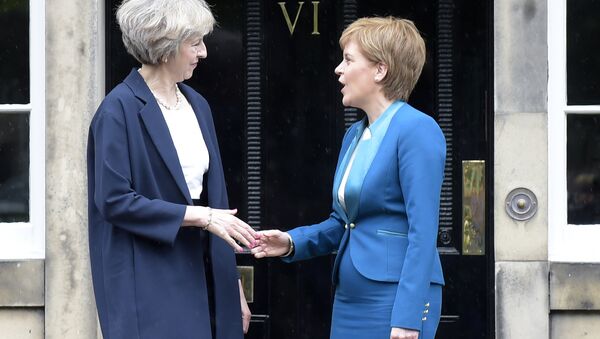 MOSCOW (Sputnik) – Earlier in the day, May said she and the cabinet agreed that the government should call a general election on June 8.

"This means that this will be – more than ever before – an election about standing up for Scotland, in the face of a right-wing, austerity obsessed Tory government with no mandate in Scotland but which thinks it can do whatever it wants and get away with it. In terms of Scotland, this move is a huge political miscalculation by the Prime Minister," Sturgeon said in a statement.

The Tories see a chance to move the UK to the right, force through a hard Brexit and impose deeper cuts. Let's stand up for Scotland. #GE17

The United Kingdom officially began the EU withdrawal process in late March by handing a formal letter to European Council President Donald Tusk. According to Article 50 of the Lisbon Treaty, the United Kingdom now has two years to complete the negotiation process.