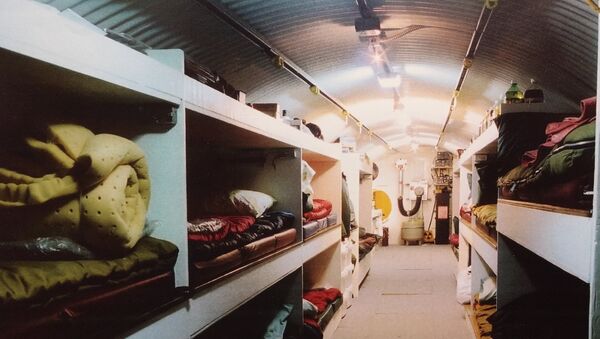 Despite media reports about a surge in the number of Americans building shelters to protect themselves against the threat of nuclear war, take-up in reality remains low, Paul Seyfried of Utah Shelter Systems told Sputnik.

Duck and Cover: Americans Fearing Nuclear War Spend Big to Hide Underground
Earlier this week, constructors of underground bunkers in the US announced they are working overtime to fulfil orders from Americans worried about the threat of nuclear war.

In the few months since the Trump administration came to power, the US has attacked Syrian armed forces in an unprovoked act of aggression, shown off its military might by unleashing the so-called "Mother Of All Bombs" on Daesh terrorists in Afghanistan and threatened to retaliate against North Korea's nuclear testing.

As a result, bunker fitters such as Rising S Bunkers in Murchison, Texas, have reported booming business.

However, Paul Seyfried of Utah Shelter Systems says that not all providers of the technology are enjoying a spike in business.

"There may be over-hyped stories about Americans buying shelters, but I can assure you that it is far, far less than one percent," Seyfried told Sputnik.

"There is no big push here.  Most Americans would rather have a new smart phone," he added.

"If there were, Ford, Chrysler, and GM would have to stop making automobiles and make shelters instead."

The US has a long way to go before it can rival the provisions of Switzerland, where residents can be safe in the knowledge that there are enough bunkers to shelter the entire population of 8.9 million people.

In the early 1960s, amid heightened fear of nuclear war, the Swiss government imposed building regulations which forced housing constructors to provide an air-raid shelter for residents. In 2006, there were 300,000 shelters in private homes and 5,100 public shelters, according to Swiss Info.

In Europe, only Sweden and Finland are close to the Swiss level of bunker provision. The former has enough shelter for 7.2 million people and the latter for 3.4 million, providing cover for 81 percent and 70 percent of the population respectively.