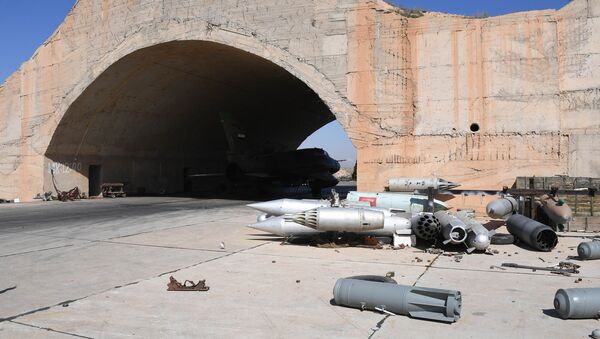 "We have discussed the illegal, aggressive actions of the US…, when the strikes were carried out against the airbase in Syria, which only exacerbated the situation and perhaps deliberately made the search for the political settlement difficult," Lavrov told reporters following the meeting with his Senegalese counterpart Mankeur Ndiaye, adding that the political settlement was the only way forward for Syria.

The minister stressed the importance of the international efforts in the fight against terrorism.

US Missile Attack in Syria: 'Goal of US Foreign Policy is to Prolong the War'
The Syrian foreign minister denied the government’s involvement in the Idlib incident, saying it had never nor would it ever use chemical weapons on either civilians or terrorists operating in the country.

Syrian Air Force Base Back in Operation One Day After US Missile Attack
Iranian Supreme Leader Ayatollah Ali Khamenei described the US missile strike against the Syrian airfield as a strategic mistake.

Moscow said the Russian air group in Syria was protected by S-400 and Pantsir-S1 air defense systems on a round-the-clock basis.