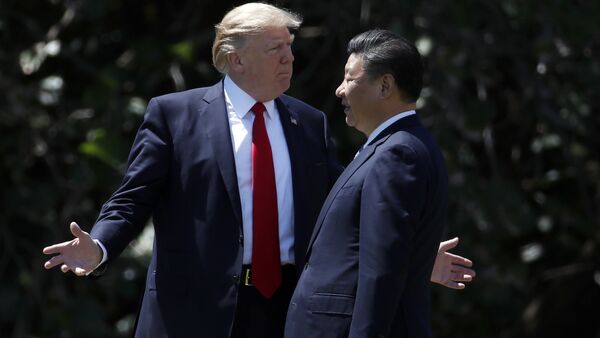 © AP Photo / Alex Brandon
Subscribe
US President Donald Trump no longer calls China a "currency manipulator" and Washington needs Beijing's help in solving the North Korean issue amid Pyongyang's alleged recent missile test and threats of launching a "preemptive strike" in case of a US' "provocation."

Trump's National Security Adviser Says All Options on the Table for North Korea
US President Donald Trump's Adviser Herbert McMaster said in an interview with ABC that all options are on the table for North Korea after Pyongyang's reported failed missile test. McMaster added that the US is working with its allies, the Chinese authorities to develop a range of options to deal with North Korea.