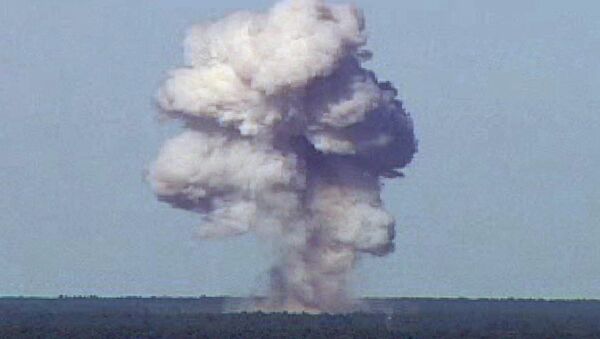 Google registered a record number of requests related to WWIII. In an interview with Radio Sputnik, political expert Alexei Mukhin explained what could be behind the growing interest in the issue.

It turned out that the residents of countries such as the Philippines, Australia and New Zealand are worried about this topic most of all. According to Mukhin, this is not surprising.

"Have you ever heard of the Australian or New Zealand armed forces? I haven't either. I believe that this is the reason behind the concern of the peaceful inhabitants of these countries: they suddenly feel completely unprotected," the expert said.

World
Google Searches for 'World War 3' Break Historic Record as Tensions Escalate
The data analyzed from Google Trends shows that people have been obsessed with the idea of a worldwide conflict escalating in recent days. According to Google Trends, internet users have been typing the phrase "World War 3" so many times that it has broken a historic record.

In Mukhin's opinion, the United States played a crucial role in fueling the WWIII hysteria.

"For many years, the US has been presenting itself as a guarantor of freedom, an example of a global conscience and an exceptional nation. I am quoting here American presidents and their representatives. And now, it decided to suddenly drop a giant bomb on Afghanistan, launch missile strikes on a Syrian base and directly threaten a sovereign state with an "armada." This behavior, of course, caused a surge of emotions in those countries that unconditionally believed in the peace-loving nature of the United States, and now they are extremely disappointed," Mukhin said.

US President Donald Trump said Tuesday that an "armada" was sailing toward North Korea in a show of force. The move came after Pyongyang stepped up its military efforts, carrying out a series of missile tests and pledging to conduct its sixth nuclear test.

"We are sending an armada. Very powerful. We have submarines. Very powerful. Far more powerful than the aircraft carrier. That I can tell you," Trump told Fox Business Network.

This week, the Pentagon also dropped the largest conventional bomb ever used in combat, targeting Daesh tunnels in Afghanistan, presumably aimed at sending a warning message to Damascus, Pyongyang and Russia.

However, according to the expert, in this context the justifications of US actions by alleged "Russian aggression" do not work anymore.

"The statements about Russian aggression have caused nervous laughter and irritation in Europe, in the Middle East and in Asian countries over the last months. The information weapon that was directed against Russia worked against the initiators of this thesis," Mukhin concluded.