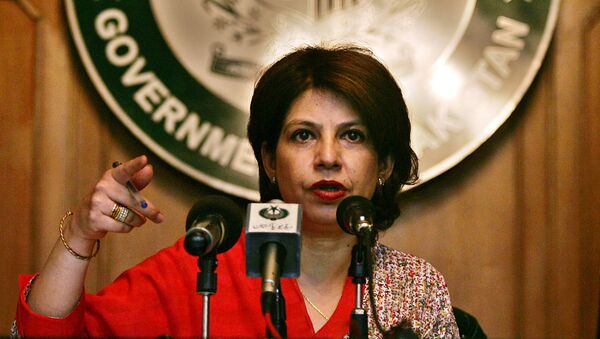 Pakistan welcomes participation of Central Asian states in the Russia-hosted Afghanistan peace conference as their security is closely linked to the situation in Afghanistan, and considers the discussion to be rather fruitful, Pakistani Deputy Foreign Minister Tasnim Aslam told Sputnik.

Parties to Afghan Peace Talks Concerned Over Internal Terror Growth - Moscow
MOSCOW (Sputnik) — The fifth Afghanistan peace conference kicked off in Moscow on Friday, and was attended by 11 countries, including Russia, China, Pakistan, Iran, India, Afghanistan and a number of Central Asian states. The United States refused to attend the meeting.

"In our view, it was a useful discussion. It was an extended format. Five Central Asian republics were part of the meeting and we welcomed that. The Central Asian states have common border with Afghanistan and any instability in Afghanistan has an impact on them in many ways," Aslam said.

The Pakistani official added that one of the biggest threats to the Central Asia was a concentration of terrorists in the region. Another problem, according to Aslam, was the drug trafficking.

Afghanistan has long been suffering from unstable political, social and security issues due to the activity of the Taliban radical movement and the Islamic State terrorist group, both outlawed in Russia.